Eden Hazard helped lift the growing gloom around Zinedine Zidane's Real Madrid as he made his long-awaited debut in a 3-2 LaLiga win at home to Levante on Saturday.

Amid driving rain in the Spanish capital - Hazard must have thought he would play in better conditions after leaving London - he made a bright half-hour cameo from the bench.

A thigh injury delayed the Belgium star's debut but after skipping international duty during the break he was finally able to pull on the famous white shirt he has so long desired.

But as Paco Lopez's side battled back from 3-0 down at the break to almost snatch a point, Thibaut Courtois making a fine save to keep out Ruben Vezo's stoppage-time header, it is clear Hazard will not be able to fix all Madrid's problems on his own.

Hazard certainly adds variety to their attacking options. Zidane initially fielded him in a free role ostensibly operating on the left, his favoured position for club and country, filling the void where Cristiano Ronaldo thrived for so long before joining Serie A giants Juventus last year.

That meant the effervescent Vinicius Jr swapped wings and played on the right, with Lucas Vazquez - one of Zidane's favourites - switching inside to a more central role than his usual position on the flank. Hazard did occasionally pop up on the right and also in a more classic number 10 role, so it appears Zidane is going to give the Belgium star plenty of freedom to run his side's attacks.

Hazard replaced Casemiro - the Brazil midfielder having scored the third goal - even though Los Blancos were being dominated in the second half, ex-Madrid striker Borja Mayoral having cut the deficit to 3-1. Toni Kroos therefore dropped back into the shielding role in front of defence and Zidane still has to fit Ballon d'Or winner Luka Modric back in after he was ruled out by injury.

Victory was set up by Karim Benzema, who scored twice in the first half to help build Madrid's commanding lead. At 2-0, he had scored nine of Madrid's past 11 LaLiga goals at home, while his tally in the league since the start of the year stands at an impressive 19.

Benzema has often been under-rated by fans and pundits during his time at the Bernabeu, but not by Zidane. Other coaches have failed to fully appreciate his understanding of the game and ability to bring others into play, which will be crucial if Hazard is to shine.

A perfect example of his all-round skills was provided by Madrid's second goal, with Benzema linking up perfectly with James Rodriguez before slotting a low finish past Aitor Fernandez. Benzema would have had the matchball to show for his efforts had the woodwork not denied him, the crowd later giving him a rousing reception when he was replaced by Luka Jovic.

It was arguably telling that although Hazard, Jovic and Eder Militao all came off the bench, Zidane's starting XI - as long as you include James, who spent the past two years on loan at Bayern Munich - did not include any of the new signings provided by Florentino Perez.

Cracks have already reportedly begun to show in the relationship between Zidane and Perez, who failed to deliver Paul Pogba for his coach, so this was a welcome win, albeit by a far narrower margin that Madrid's vibrant first-half display deserved.

Zidane had made it clear the World Cup winner was a key target, adding mobility and drive to a central midfield department that has grown stale, but Pogba could not be prised away from Manchester United despite telling reporters he was ready for a new challenge.

Hazard will instead be relied on to provide Galactico stardust, but he will hope to have a greater impact than the time-wasting job he carried out in the latter stages as Madrid clung on.

Zidane and Madrid could celebrate a much-needed win after successive LaLiga draws, though, ahead of Wednesday's Champions League trip to Paris Saint-Germain, where Hazard will surely make his first start. 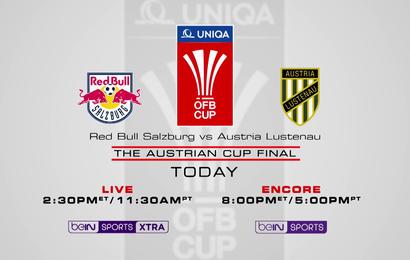