Antoine Griezmann is not sure if he will stay in LaLiga amid links to Ligue 1 champions Paris Saint-Germain as star forward prepares to leave Atletico Madrid.

Griezmann will depart Atletico after five years and the French World Cup winner has been tipped to join Spanish champions Barcelona.

However, PSG have emerged as a possible destination for Griezmann, with uncertainty over star duo Kylian Mbappe and Neymar.

CEREZO: NO TALKS WITH BARCELONA OVER GRIEZMANN

As speculation grows over Griezmann's future, the 28-year-old France international is remaining patient.

"There's a need for patience, as it's still soon," Griezmann said following France's 4-0 rout of Andorra in Euro 2020 qualifying on Tuesday.

"I want my future to be decided more than anyone, but there's a need to wait.

"I don't know if I'll remain in Spain. Maybe in two weeks we'll know something. I just want to play football and have fun."

Griezmann – who was born in France and spent most of his career in Spain – joined Atletico from Real Sociedad in 2014.

Griezmann scored 15 LaLiga goals as Atletico finished second behind Barca in 2018-19, while he netted 21 in all competitions. 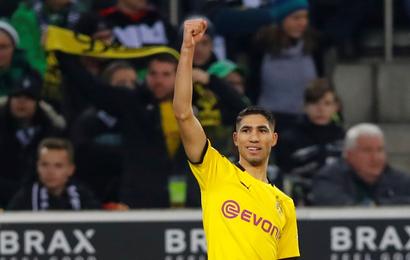