After details of Messi's Barca contract were reported by El Mundo earlier in the day, the record six-time Ballon d'Or winner scored another landmark goal as the embattled LaLiga giants beat Athletic Club 2-1.

Messi opened the scoring with a 20th-minute free-kick – his 650th goal for Barca – before Jordi Alba's own goal restored parity, though Griezmann secured maximum points 16 minutes from the end.

After El Mundo claimed the deal Messi signed at Camp Nou in 2017 – which expires at the end of the season – is worth more than €555million, Griezmann was asked about the 33-year-old's value.

"We are enjoying Messi, he's a legend," Griezmann told Movistar.

"Hopefully we can keep enjoying him and he can keep helping us win."

Messi – tipped to leave Barca amid strong links to Paris Saint-Germain and Manchester City – has scored two direct free-kick goals from his last four attempts for Barcelona in all competitions, after scoring just one from his previous 62 attempts.

Messi has 12 goals and two assists in the league for Barca, who are second and 10 points adrift of leaders Atletico Madrid.

The France international has now been involved in 15 goals against the Basque side (nine goals and six assists), more than he has achieved against any other team in the competition. 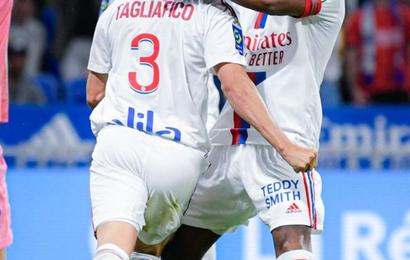