Christophe Dugarry has apologized for calling Lionel Messi a "half autistic kid" while laying into Antoine Griezmann.

Griezmann has failed to live up to expectations since joining Barcelona in a big-money move from Atletico Madrid last July.

The France forward this week came in for stinging criticism from his compatriot Dugarry, who suggested his fellow World Cup winner is scared of playing alongside Messi.

Dugarry has come under fire for his comments about the six-time Ballon d'Or winner on RMC Sport following Barca's 2-2 LaLiga draw with Atleti on Tuesday.

The former France striker said: "What is [Griezmann] afraid of? A kid who is 1.5 metres tall and half autistic?

"All he has to do is show some balls at some point. I've been saying for a year that he has a problem with Messi. He has to hit him in the face.

"It's true that Messi could give him more passes, but honestly I am not surprised. Griezmann loses balls, doesn't play with confidence. Griezmann should go and talk to Messi to solve the problem.

"People have been saying for a year that he has a problem with Messi. He has to give himself a slap in the face. Yes, maybe Messi could give him more passes, but it really doesn't surprise me.

"Griezmann loses possession. He plays scared. Griezmann should go and talk to Messi to resolve the problem."

"I am sincerely sorry for the extent and the response to my comments on Lionel Messi," he wrote.

"I did not want to stigmatize people with autism disorders, it was not my intention. I apologize to the people I offended and will [apologize] again at 6 p.m. on Team Duga [Dugarry's radio show] this evening." 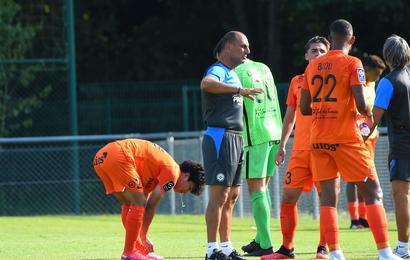