Edinson Cavani has been left out of Paris Saint-Germain's squad ahead of Wednesday's Ligue 1 clash against Monaco.

The Uruguayan's absence comes amidst speculation of an imminent move to Atletico Madrid.

The Rojiblancos' general director, Gil Marin, was in Paris to attend a meeting with the ECA, the European Club Association, on Tuesday, along with a number of Premier League clubs, Serie A's Juventus, and PSG.

Injury and the arrival of Mauro Icardi have made Cavani an increasingly marginal figure in Thomas Tuchel's team.

The 32-year-old has not started a Ligue 1 game since August, and has made just nine appearances in the French top-flight this season.

Atletico are reportedly interested in striking a deal to bring Cavani to the Wanda Metropolitano in January, but failing that, the possibility of signing him for free at the end of the season is also an option. 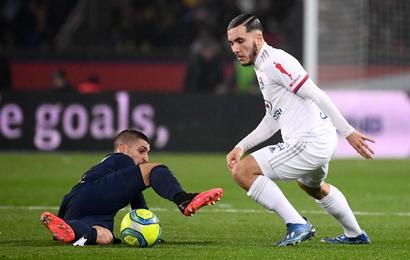