A glorious club from Madrid fighting to the very end to achieve its dreams.

Giving 110% for the fans. An unstoppable spaceship of destiny.

From one to eleven out on the pitch, the storied capital city club with its inspirational and revered manager simply doesn't know when to give up.

Yep, it's a shame that Real Madrid's players haven't learned a thing or two from the mighty Getafe, a club that - having sealed promotion to the top tier last term - has latched onto fourth spot in La Liga and is not letting go anytime soon, to deliver Champions League football to the Coliseum for the first time ever.

Coach Zizou's very prolonged pre-season with a single functioning player in Karim Benzema is traveling just a few miles for today's La Liga clash in Getafe's unassuming surroundings but will be facing quite the force and fury.

"Their team, players and coach are always compelled to play great matches," warned the Getafe boss, Jose Bordalas, who may have been so consumed with his own project that he hasn't seen Real Madrid in action over the past two months.

The Madrid game kicking off at 3:30PM ET / 12:30PM PT live on beIN SPORTS is one of three in La Liga to wrap-up a midweek round of action that has so far seen Atletico Madrid preventing Barcelona from clinching the title.

One of Getafe's rivals for fourth, Sevilla has a home clash against Rayo Vallecano (1:30PM ET / 10:30AM PT on beIN SPORTS)  that it really can't lose while Villarreal looks to dig itself out of a relegation hole with a visit to take on Real Sociedad.

For the most part, MLS is a kind, warm charitable place. Call it a refuge.

It's not just a retirement home for aging megastars. Heck no, that's so 2003. It's also a welcoming league for those joining up after fairly middling careers in Europe like Carlos Vela, Alejandro Pozuelo or Bradley Wright-Phillips who can then look like Ballon d'Or winning world-beaters.

But it needs an edge. A rivalry of megastars. Something to get people to be mean to each other on the internet. That's why Sports Burst is unveiling Team Rooney against Team Zlatan. You're welcome MLS.

Rooney is officially holding the belt on Thursday after a direct free-kick gave DC United a 1-0 win over Columbus Crew last night to keep his team at the top of the Eastern Conference.

King Zlatan? The Swede was left irked, annoyed and frustrated after a scoreless draw against Minnesota United.

"I didn't see the opponent as good, so I see it as we lost two lost points," was the bleak verdict after the 0-0 on the road for LA Galaxy.

A little bit further south from MLS-land on Wednesday night and River Plate were the big winners, taking all three points from a crunch clash against Palestino in the Copa Libertadores to keep their footballing train on the track.

The action concludes from matchday 5 today with three matches across the beIN SPORTS network starting from 5:30PM ET / 2:30PM PT, straight after the Getafe against Real Madrid match-up.

Italian football decided to add yet another notch of disgrace to its bedpost of unpleasantness on Wednesday with a banner being unfurled by Lazio fans dedicated to the former fascist Prime Minister of Italy, Benito Mussolini. Lovely.

The incident took place in San Siro at Wednesday's Coppa Italia clash which saw Milan lose out to Lazio. The Rome club both distanced itself from the banner and also condemned the world of social media for daring to taint the good name of Lazio with such completely unheard of and totally out-of-the-blue behavior from the club's fans that hasn't at all been going on for decades.

Lazio fans even after the game are chanting racist chants aimed towards Bakayoko:

"This banana is for you Bakayoko"

They chanted this before the game, during the game and now after the game.

Lazio will play either Fiorentina or Atalanta in the final - the two teams face off today with the tie madly balanced at 3-3.

Meanwhile, Romalu Lukaku is having such a miserable time of it with Manchester United that the Belgian striker sees Serie A as some kind of paradise on earth. "It really would be a dream, I hope I can play there at some point," revealed Lukaku to Sky Italia.

Next Report: Llorente And Ceballos To Leave Real Madrid
Read 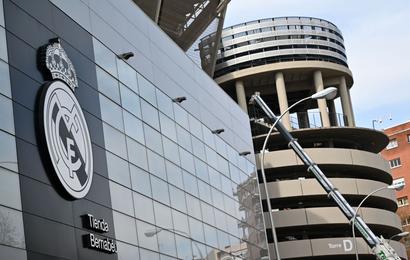