Santiago Solari revelled in Real Madrid's winning mentality after his side made Club World Cup history by downing Al Ain 4-1 in Saturday's final.

Victory in Abu Dhabi ensured Madrid have won the title three years in a row, the first team to do so, while their haul of four titles in the tournament surpasses the three of rivals Barcelona.

"This club is used to repeat successes. But the more you win, the more you know how difficult it is to win," Solari told a news conference.

"I liked the seriousness that the players have given to this tournament.

"We made two very complete matches. Although football can give you surprises, we handled it as we wanted. It has a lot of merit: they do not get tired of winning.

"I think you should not forget the titles you've won. You have to keep them in mind, but do not rest on your laurels."

Zoran Mamic's Al Ain had an equaliser ruled out for offside after Luka Modric's opener, but Madrid's quality shone through in the second half when strikes from Marcos Llorente and Sergio Ramos, as well as a Yahia Nader own goal, created an emphatic scoreline.

Solari added: "Al Ain's performance was great. They were the only one [at the Club World Cup] who were not continental champions, and they reached the final. They fought until they could not.

"This is the merit of the [Madrid] players. Win three Champions Leagues and three Club World Cups - it is something difficult to repeat. This group has made history.

"I already told you that I am very fond of this cup, I came in 1996 and we know how difficult it is to win it. Then I returned in 2000 with Real Madrid and I lost it."

Solari's side now have a break until January 3 when their LaLiga campaign resumes against Villarreal, with the coach unwilling to say whether he expects arrivals when the transfer window opens.

"It is not for me to discuss it here," he continued.

"What I'm sure of is that this team has fought for this trophy and they deserve to enjoy it. I brought this cup here [to the news conference] to be seen, but now I'm going to return it to the players, which is theirs.

"The next step is to go on vacation."

Ter Stegen: Barcelona Will Be Behind Setien 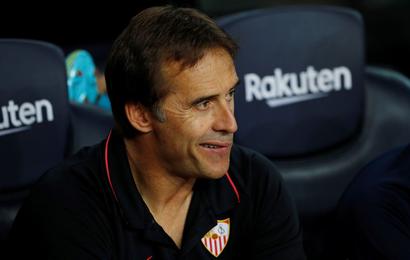 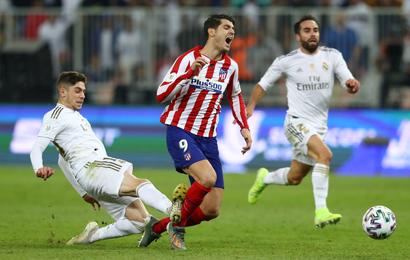