Kai Havertz is ready to play for Real Madrid, according to former Germany striker Oliver Bierhoff.

The 52-year-old, now a director at the German Football Association (DFB), thinks the Bayer Leverkusen star would benefit from broadening his horizons by moving overseas.

With Leverkusen reportedly demanding €100 million (£90m/$112m) for Havertz, clubs like Madrid and Bayern Munich may not be willing to move until next summer, but speculation persists that the 21-year-old will seek a move away this summer.

“He is a player for Real Madrid,” Bierhoff told Marca.

“He is a young player who has everything: great talent, technique, good physique. He is a very complete player and he will be very important for us [the German national team].”

Whether a move is in the offing, however, remains another question.

“I don't know,” Bierhoff replied when asked where he thought Havertz would end up.

“But I want him to be in perfect shape for us.”

With Joachim Low’s senior German side generally dominated by Bayern Munich players, some are concerned that by moving abroad, Havertz could stunt his progression in the national team.

Mesut Ozil has been Germany’s Player of the Year five times since leaving the Bundesliga in 2010, but it is thought that international ambitions formed part of the motivation for Leroy Sane’s return to his home country.

Bierhoff played in Austria, Italy and France, and had been away from Germany for six years before his first international appearance, and he doesn’t think Havertz has anything to worry about in that regard.

“I played almost my entire career outside of Germany and I think it’s a good thing to leave,” he said.

“You grow as a person. You become stronger, more mature, develop further.

“When you leave your comfort zone, you usually take a step forward.”

Former Bayer Leverkusen CEO Reiner Calmund recently told Goal that Havertz’s preference was a move to Spain, but Leverkusen left-back Wendell says he thinks his team-mate dreams of playing in the Premier League.

Next Ever Banega's Free Kick Gives Sevilla An Equalizer
Read 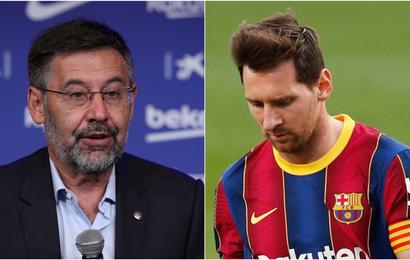