Antoine Griezmann reached a secret agreement to join Barcelona in March, according to El Mundo.

The French striker signed a five-year deal with the LaLiga giants in July after Barca agreed to trigger his €120million release clause from Atletico Madrid.

However, Atleti have accused Griezmann and Barcelona of negotiating the move before his clause dropped from €200m on July 1 and are claiming they are owed an additional €80m to ratify the transfer.

According to El Mundo's report, Barcelona and the player negotiated over email for €14million in commissions to be paid to some of Griezmann's family members and advisors.

The report claims that Griezmann's lawyer, Sevan Karian, outlined a proposal to the Catalan club via email with the player's father, Allan, and sister and agent, Maud, in copy.

Atletico Madrid apparently became aware of the exchange by an aggrieved party who was left out of the deal.

The context being, of course, that Barça have denied negotiations were going on in March, when Atleti were still going for the title and Champions League. They say talks began when Griezi's clause dropped to €120m. 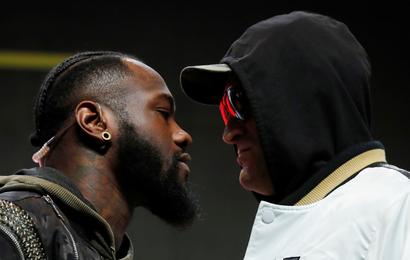