Gerard Deulofeu was the catalyst as Watford came from two goals down to beat Wolves 3-2 after extra time and book a first FA Cup final appearance since 1984 in a sensational semi-final at Wembley.

Strikes either side of half-time from Matt Doherty and Raul Jimenez – who followed becoming Wolves' record signing on Thursday with a stunning volley – put Nuno Espirito Santo's side on the path to a May 18 meeting with Manchester City.

Watch all the key moments from one of the all-time great #EmiratesFACup semi-finals! pic.twitter.com/e7eiJGr9m5

Javi Gracia responded by sending Deulofeu on for Will Hughes and the Spanish winger scored an outrageous chip before Troy Deeney drilled home from the penalty spot in second-half stoppage time.

While Deulofeu's first was special, the one Watford fans will most treasure came when he showed absolute composure to slide home in the first half of extra time and end Wolves' hopes of a return to the FA Cup showpiece after 59 years. 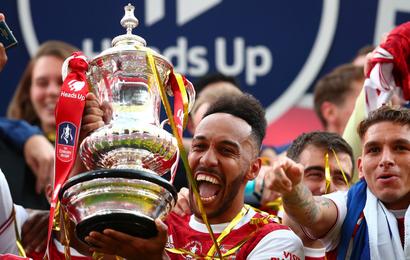