Gareth Southgate and Harry Kane agree England's loss to the Czech Republic was a "wake-up call" for the Three Lions.

England's perfect record in Euro 2020 qualifying ended in Prague on Friday despite Kane's early penalty putting Southgate's side ahead.

Defender Jakub Brabec equalised within five minutes then, in the closing stages at Eden Arena, substitute striker Zdenek Ondrasek hit the winner on his international debut.

England would have qualified for the finals had they won but are now joined on 12 points at the top of the group by the Czech Republic.

Qualification can still be sealed on Monday when England go to Bulgaria with Southgate demanding a response from the Three Lions after their first qualifying defeat for 10 years.

"In terms of a wake-up call, we have had a lot of plaudits but there is a lot of work to be done to be a really top team – tonight was clear evidence of that," Southgate told reporters.

"I always have to accept responsibility. We tried something to be more solid without the ball and that did not happen. We were poorer using the ball in the first half.

"In terms of the players, there are players who are not playing well for their clubs. That is the situation we are in. But we collectively have to accept the result and as manager I have to accept it.

"We have to respond in the right way, we have a couple of days to prepare and we have to reward our supporters with a better performance. There were not many positives. We accept defeat, and accept we have to be better than we were."

Kane hit his 24th international goal but the striker agreed with Southgate's assessment of England's below-par performance in Prague.

"I think it was down to us," Kane said to ITV. "It was a perfect start to an away game.

"We were sloppy with the ball, we didn't move it as quickly and we weren't pressing as we normally do.

"The second half was better, we had a couple of chances to put the game to bed and we didn't and unfortunately we gave one away at the end.

"Every away game in Europe is difficult. They had the crowd behind them, sometimes the pitch is not as easy to play, but that's no excuse. It's a bit of a wake-up call but we're in a good position.

"There's still stuff to work on for sure. We gave the ball away too cheaply and we'll have to go away and look at it. There's no need to panic and we'll go again on Monday." 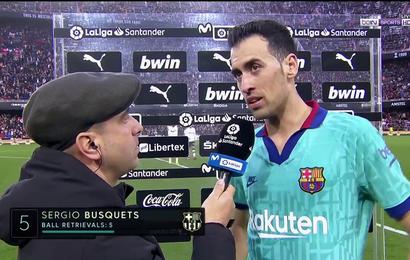