Barcelona have proposed rearranging the first Clasico of the season to December 18 after it was announced it will not take place next Saturday as planned.

The Royal Spanish Football Federation (RFEF) confirmed on Friday that it had postponed the match at Camp Nou due to safety concerns amid the ongoing political tensions and protests in Catalonia.

A rally in the city has been called by pro-independence politicians for October 26, the day Barca were due to host Real Madrid, prompting the RFEF to intervene.

The Competition Committee has told the two clubs to agree to a revised date for the game before next Monday and Barca have suggested December 18 as the best option.

"The club's desire was to play the Clasico at Camp Nou on the 26th, the date and time previously agreed and the Committee was informed of this in writing," they said in a statement on Friday.

"The club has the utmost confidence in the civic and pacific attitude of its members and fans who always express themselves in exemplary fashion at Camp Nou.

"Nevertheless, having received the decision of the RFEF Competition Committee to postpone the game citing 'exceptional circumstances' and given that it falls to the clubs to agree a new date for the game before Monday, the club will propose December 18.

"The club regrets the inconvenience that this postponement may cause to members, supporters' club members and fans and it has now begun the necessary steps to refund money from Monday 21 October for tickets already purchased."

Madrid have not yet responded publicly to Barca's suggestion but head coach Zinedine Zidane insists his squad will be ready to adapt to the revised schedule.

"I know you're all interested in this subject, but we're going to do what they [club officials] tell us," he told a news conference.

"If we have to play on the 26th, we will, and if we have to change, the important thing is to be prepared.

"I have a preference but I'm not going to tell you. We know it could be the seventh, the eighteenth – we'll adapt to this."

December 18, a Wednesday, is seen by many as an appropriate date as neither Barca nor Madrid are involved in the planned Copa del Rey fixtures for that date.

LaLiga has reportedly put forward December 7 as its preferred date, as it would keep the match on a Saturday, but this would require Barca's meeting with Real Mallorca and Madrid's game against Espanyol to be moved.

Barca and Madrid are also playing their final Champions League group games, away to Inter and Club Brugge respectively, within four days after December 7.

Plaza Colonia Head To Next Round Of Sudamericana

Benegas Scores For Palestino Before Halftime 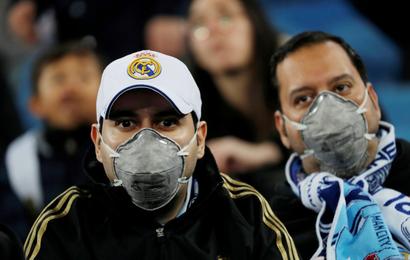