And then there were four.

Corinthians, Independiente del Valle, Colon and Atletico Mineiro will do battle over the next two weeks to decide which two will make it to the big dance in Asuncion, Paraguay on 9 November.

With two Copa Libertadores titles accumulated between the Corinthians and Atletico Mineiro, two remaining Brazilian teams will march into their respective matchups as favorites. That said, their Argentine and Ecuadorian opponents have not got this far by accident and will be looking to play spoilers in their pursuit of a first ever continental title.

It has been relatively smooth sailing for Corinthians after they squeezed past Racing Club in a penalty shootout in the first round of Copa Sudamericana. Since then, Corinthians’ defense has only shipped two goals, and following an underwhelming 1-1 draw in Rio de Janeiro against Fluminense, the miserly Timao are now in the semifinals.

Independiente del Valle will be welcomed to a rocking Corinthians Arena Wednesday evening. The Ecuadorian club would do well to keep a defender or two locked on Corinthians’ right winger, Pedrinho. The 21-year-old has been a key feature in Brazil’s U-23 team and has been linked moves to Atletico Madrid, Monaco, Real Madrid and Barcelona.

😁 Of the 1⃣1⃣ goals @Corinthians have scored this #Sudamericana, 4⃣ have been headers!

🔜 Will Timão use their heads again against @IDV_EC in the semifinals? pic.twitter.com/5pxn4Asvbi

Corinthians' objective for the first leg will be to defend home field advantage and, with Paraguay in their sights, gain a healthy aggregate lead.

After a disappointing group stage campaign in the Copa Libertadores, Atletico Mineiro seem to have gotten their act together in the Sudamericana.

Galo have gone undefeated in the last-16 and quarterfinals, and while the Brazilian league seems to be slipping through their grasp, Atletico are still the favorite in this matchup against Colon.

Galo have been quite successful in their last two away games in the Copa Sudamericana, conceding just once in the tournament.

Should El Cementerio de los Elefantes be the venue of another successful road trip for Atletico, we may very well be set to have an all-Brazilian affair for the Copa Sudamericana championship game.

Braian Romero Gets Brace To Make It 3-1 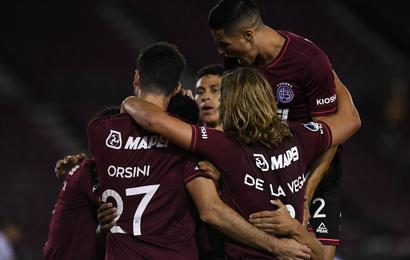 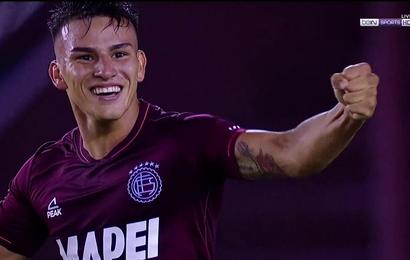 Alexandro Bernabei Gets Lanus' Third Of The Match 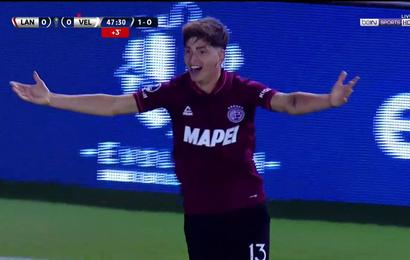