Gabriel ‘Gabigol’ Barbosa leads the Libertadores with seven goals. The 23-year-old is practically a shoe-in to be the Brazilian Serie A’s top scorer for the second year in a row as well. The forward’s return to Brazil after a failure in Italy and Portugal has done the striker the world of good.

After joining Flamengo at the beginning of the year, Gabigol has seemingly been in the best form of his career. While it may be enticing to remain in Brazil and continue to thrive under manager Jorge Jesus, the offers will make the Flamengo front office and the striker himself think twice.

The rebirth of Gabigol has already piqued the interest of Premier League sides Tottenham and West Ham. The striker still technically belongs to Inter Milan and the Serie A side is asking for $27M in exchange for his transfer. Rodrigo Caio, like his teammate Gabriel Barbosa, is an Olympic Gold medalist and joined Flamengo in January of this year. The 26-year-old joined the Carioca club from Sao Paulo and has been Flamengo’s main center back ever since.

According to reports from Spain, Caio has been heavily scouted by FC Barcelona. The Catalan club may attempt to get the stopper along with Gremio’s Everton Soares in the upcoming transfer window.

Like Gonzalo Montiel, Exequiel Palacios also came up from River Plate’s youth academy. The midfielder is one of Gallardo’s favorite tools in his shed. Exequiel Palacios is an extremely technical player with that traditional Argentine work ethic and grit. Basically, any European club’s dream.

The 23-year-old has been connected to a bevy of clubs in transfer rumors. Chiefly among them: Inter Milan, Real Madrid and Inter Miami. It would be safe to say that regardless of the outcome of Saturday’s match in Lima, Palacios will be the target of multiple offers. It would come as a surprise to many if the Argentine International is still at River Plate come 2020. The 23-year-old Argentine centerback joined River Plate from its youth team back in 2016. Martinez Quarta was part of River’s Libertadores-winning squad last year and this year he has been holding down the back line alongside veteran defender Javier Pinola.

Together, Pinola and Martinez Quarta proved to be the best defending duo in the tournament. Ahead of the Libertadores semifinal round, River Plate allowed an average of just under two shots on goal per game.

The young Argentine has been linked to transfers to Serie A side Milan. Italy would be a dream move for Martinez Quarta. At Milan he would be able to put his defensive prowess on display for a legendary club. 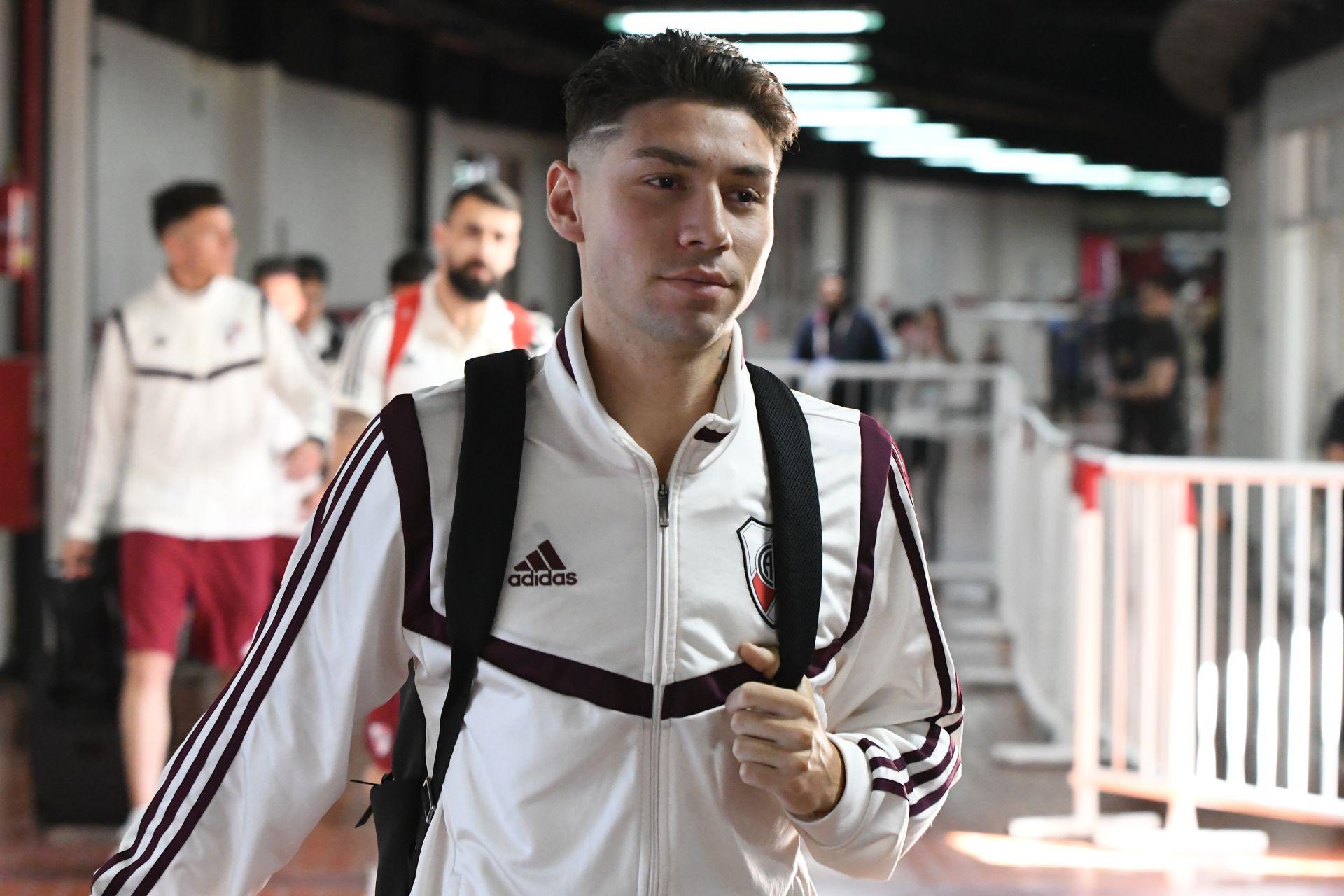 Gonzalo Montiel is the archetypal Marcelo Gallardo player. The 22-year-old was brought up from the River Plate youth academy and has been a consistent figure within Gallardo’s roster since he joined the senior squad in 2016. Montiel and Lucas Martinez Quarta (along with other River Plate stars) share the unique distinction of having a Libertadores title in his trophy room at such a young age. Gallardo has molded them into well-developed and experienced players early on in their careers.

Montiel is one of those players that footballers despise playing against but would love to have in their team. The Argentine rightback is likely the hardest worker on the pitch at any given moment. Serie A’s Inter Milan have been rumored to be scouting Montiel for months now. Should River repeat last year’s Libertadores success, do not be surprised if Inter gets competition for the little engine that is Gonzalo Montiel.