Zinedine Zidane felt the Real Madrid XI he sent out for Thursday's 4-3 Copa del Rey quarter-final loss to Real Sociedad at the Santiago Bernabeu should have been good enough to progress.

Madrid loanee Martin Odegaard opened the scoring and an Alexander Isak brace saw Sociedad surge into a 3-0 lead before the hour.

Marcelo pulled a goal back and, after Mikel Merino made it 4-1, late goals from substitute Rodrygo Goes and Nacho left the visitors hanging on, with Andoni Gorosabel dismissed for a second booking in stoppage time.

🎙💬 Listen to what #Zidane had to say following tonight's #RMCopa defeat. pic.twitter.com/DEXlLweYpM

Alphonse Areola was culpable for Odegaard's goal, while James Rodriguez was withdrawn at the break and Brahim Diaz had a minimal impact upon the contest.

Nevertheless, Zidane maintained a team that featured captain Sergio Ramos, Toni Kroos, Vinicius Jr and Karim Benzema had more than enough to get the job done.

"I put out a team that thought I could do well," Zidane told reporters afterwards.

"I don't think we were wrong with the team, but there is a rival who played very well and that has cost us.

"Here we are all together, when you win and when you lose."

Zidane felt Madrid grew into the game after the interval, only to be punished by frequent and uncharacteristic defensive lapses.

"The second half was better than the first and we tried until the end," he said.

"Even when it was 1-4 we tried. The opponent played very well and in the first half we had a lot of difficulty with their pressure. We also had defensive mistakes."

LaLiga leaders Madrid are back in action at Osasuna on Sunday, chasing a fifth consecutive top-flight win.

"This hurts, yes, you have to tell the truth," Zidane added.

"But you have to think about Sunday. You have to recover because the effort has been great." 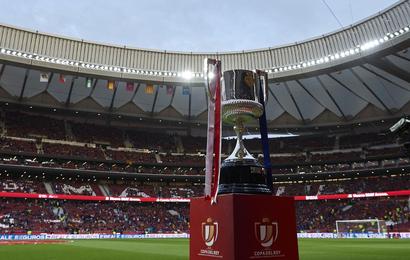 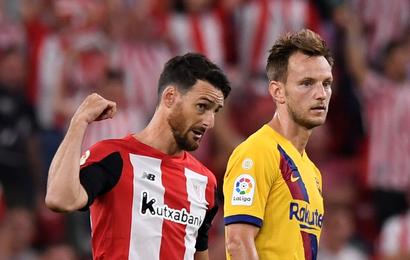