At long last, after a 12-month delay and then so much uncertainty over the past few weeks, Copa America will start this weekend.

While the fact it is going ahead remains a bone of contention, with even Brazil players suggesting they are reluctantly playing it, Copa America is a tournament that rarely disappoints in terms of entertainment.

A bevvy of world-renowned stars such as Neymar, Luis Suarez and Lionel Messi will be hoping to make the difference.

There will also be some less-familiar faces hoping to either establish themselves or introduce their names to a wider audience.

Stats Perform has identified seven players worth keeping an eye on over the next month.

Perhaps the odd one out here given his age, but De Paul is certainly one to keep tabs on. Having just enjoyed a wonderful individual campaign with Udinese, the creative midfielder is eager on a move and will surely be keen to impress.

He had a hand in 18 Serie A goals this term (nine goals, nine assists), while his xA value (expected assists) of 10.3 was the best in the division, the 1.3 differential suggesting De Paul was occasionally let down by poor finishing.

Further to that, he also attempted (191) and completed (122) more dribbles than anyone else, so Argentina will look to him to drive them forward from midfield.

Caicedo joined Brighton and Hove Albion in January to much fanfare from South American experts, who assured Seagulls fans they were getting a future superstar.

He's yet to make a senior appearance in England, with Graham Potter patient regarding his adaptation, but the Copa America could give fans a chance to see him in action.

A well-rounded, all-action midfielder, Caicedo was the teenager with the most goals (four), shots attempted (24), chances created (19), successful passes (748) and dribbles completed (23) in Ecuador's top flight in 2020, while his passing accuracy of 90.1 per cent was the highest among players to attempt 500 or more.

An impressive two-year spell at Real Betis has persuaded Barcelona to bring Emerson back to Camp Nou after a complicated three-way transfer in 2019.

He has proven himself to be both a dependable defender and a capable attacking outlet, his 10 assists over the past two seasons bettered by only one LaLiga defender (Jesus Navas, 13), while his 853 duels over the past two years is nearly 200 more than any other defender.

This paints a picture of an all-action defender who will work tirelessly up and down the right flank, and on the evidence of the past couple of years, it shouldn't take him too long to usurp Danilo as Brazil's primary option.

A long-term future for Herrera and parent club Manchester City looks unlikely, but he enjoyed a promising season with Granada in LaLiga – that coupled with a breakout tournament in Brazil could lead to promising suitors making their feelings known.

Herrera's a hard-working midfielder who made more tackle attempts (59) than any other Granada player this term, while it was a similar story with regards to duels (509) and duels won (261). Don't expect him to create much, but he's not shy about getting stuck in.

Arguably the next big hope of the Colombian national team, Campaz only received his first call-up this month for the recent World Cup qualifiers. Although he did not get on the pitch, his inclusion in the squad was well-received among fans.

A livewire on the left flank, Colombia may look to his explosiveness and trickery should games remain tight in the latter stages.

The youngest player at the 2021 Copa America, Enciso has already played 24 top-flight matches back home for Libertad and was briefly the youngest player to score in the Copa Libertadores this century with his goal against Jorge Wilstermann last year when still 16.

A good dribbler and not shy to take a shot, Enciso has been used almost everywhere across the front for Libertad and could be an interesting wildcard option for Paraguay.

Earlier this year, Palacios made the jump to Brazil when he joined Internacional on loan from Union Espanola, where he had developed into one of Chile's most-promising young players as a lively winger.

While he's yet to score for his new club, he proved in Chile that he has a penchant for a spectacular goal one or two, while his regular appearances for Internacional have exposed him to a far greater standard of football.

Next Foyth And Ocampos Miss Out On Argentina Copa Ameri
Read 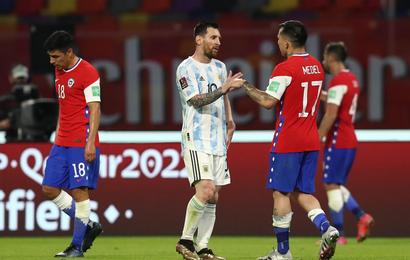 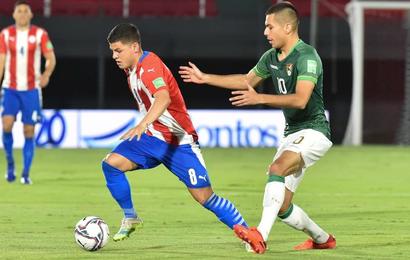 Changes Made For Scaloni's Squad For Copa America 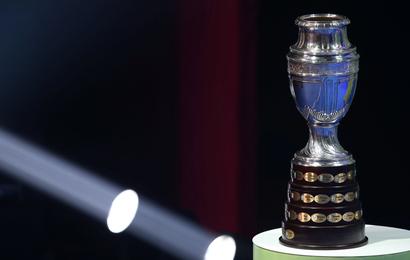 The Ones To Watch Out For At Copa America 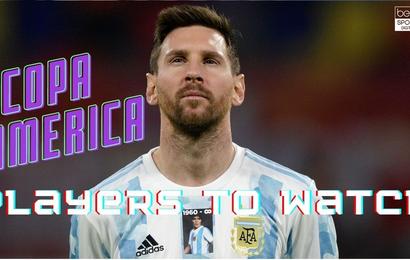 Players To Watch At The 2021 Copa America 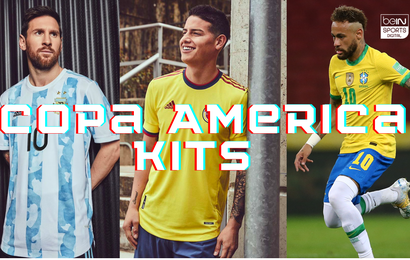