Born and raised in Chicago, Illinois, Donovan McNabb was an all-around athlete, excelling in football, basketball and track & field. During his four years at Syracuse University, Donovan was a two-sport athlete. Aside from being a four-year starter for the football team, he was also a walk-on for one of the best college basketball teams in the nation under coach renowned Jim Boeheim during his Freshman and Sophomore years.

Donovan had a stellar collegiate career full of accolades. McNabb was named the Big East's offensive player of the decade for the 1990’s and Big East Offensive Player of the Year three times from 1996–98. He was also a finalist during his Senior season in 1998 for the most prestigious award in college football, the Heisman Trophy.

It's official, the new team beIN SPORTSusa . Be Ready cause We Are. https://t.co/ufO8dZPiuf

As the 2nd overall draft pick in the 1999 NFL Draft with the Philadelphia Eagles, McNabb became one of the most electrifying quarterbacks in the league. A dual-threat quarterback that felt comfortable in the pocket was hard to come by, and McNabb excelled in the pocket. He was the first NFL quarterback to ever throw for more than 30 touchdowns and fewer than 10 interceptions in a season (2004). 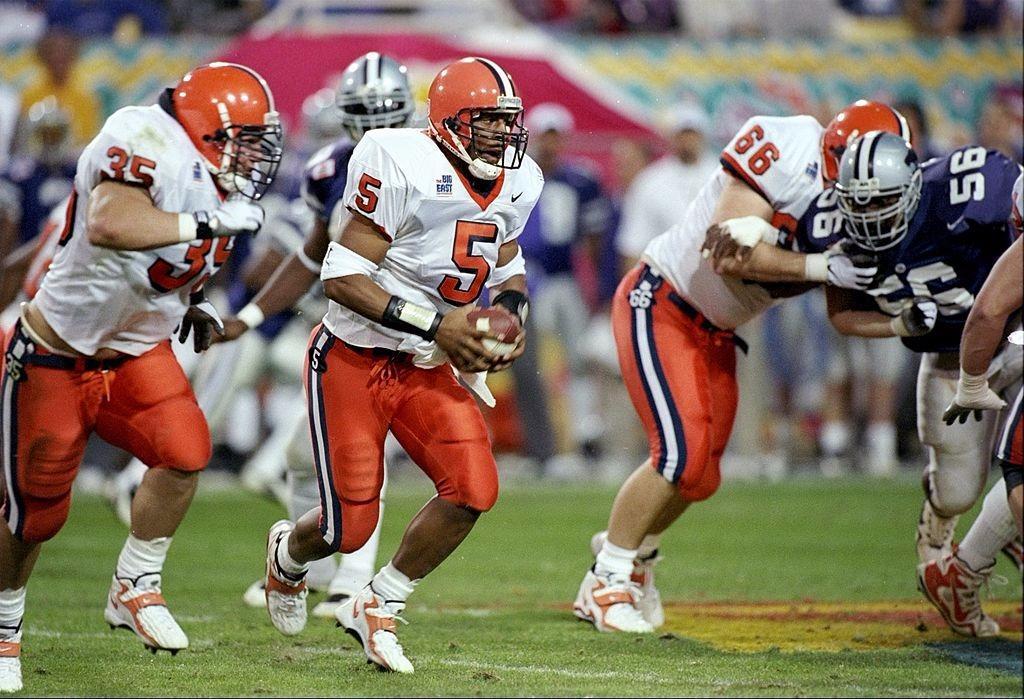 Donovan also played for the Washington Redskins and the Minnesota Vikings before re-signing with Philadelphia and retiring with the team who drafted him.

Now a seasoned NFL analyst, Donovan began his broadcasting career when he joined the NFL Network as an analyst during the 2012 season. In 2013, McNabb became an analyst on Fox Sports Live, Fox Sports 1's flagship program. McNabb would go on to provide color commentary alongside Dick Stockton for games during the 2014 NFL season for Fox.