After finishing with an underwhelming 5-7 overall record in 2015 the FIU Panthers are hoping to finish at the top of the East in Conference USA this year. Entering his fourth season head coach Ron Turner will be relying on two stellar young players on his squad for leadership on the field.

Quarterback Alex McGough set school records for passing touchdowns (21) and passing yards (2,722) for a single-season in 2015. After being named game captain 12 times last year McGough will be leading the Panther offense yet again this year and hopefully to their first bowl game since 2011.

On the defense LB Anthony Wint earned Second Team All-Conference honors as a freshman last season. Wint started all 12 games for the Panthers, notched 5.5 tackles for loss, and led FIU in tackles with 88.

Looking for their first conference title since they won the Sun Belt in 2010 FIU and head coach Ron Turner are hoping to put their stamp on Conference USA this upcoming 2016 campaign. 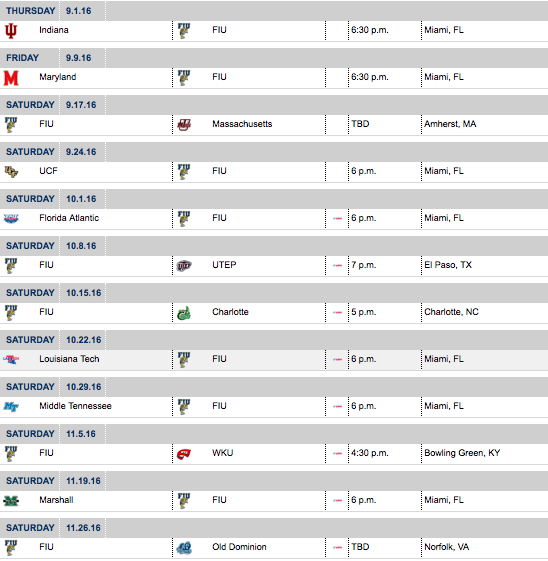