ES Setif turned an amazing match to its favor after being trailing twice and got the win 3-2 over Horoya at home and is qualified for CAF Champions League quarter-finals.

Ghanaian midfielder Seyei Sebe Baffour opened the score for Horoya at the 25th minute after a wonderful right-footer from outside the box that was impossible for Algerian goalkeeper Sofiana Khedairia. The Guinean side was getting a crucial win in order to fight for a place in the next round.

The second half was better played by the locals, that achieved the tie at 47th after Akram Djahnit scored the equaliser. However, Horoya would answered quickly. At 59th, following a great cross by Khadim Daw, was Morlaye Sylla who scored for the visitors and put Horoya up 2-1.

But the worst thing for the Guineans came in the final 10 minutes. Unbelievably, Morlaye Sylla was sent off after receiving two yellow cards for two separate fouls in just 32 seconds. This incident motivate Setif to even the match, which they did at 87th thanks to a great pass by Amir Karaoui and a solid finish by Riad Benayad.

But this wasn't everything Setif had planed for the last minutes, because in stoppage time, Benayad himself gave Setif the victory after a unstoppable shot from a free-kick.

After this loss, Horoya was eliminated from the competition, while Setif is now placed 2nd, three points ahead AmaZulu, and has secured a spot in the quarter-finals.

Auxerre draw 2-2 at home with Angers

Ajaccio draw at home against Lens 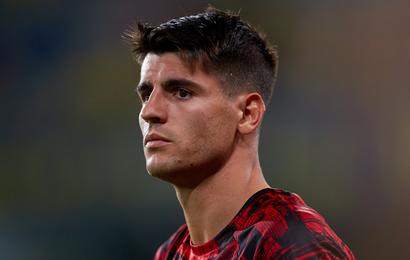