Robert Lewandowski says the Ballon d'Or is not his focus but that "anything is possible" when it comes to winning the award.

The Bayern Munich striker has never been in the top three for football's most prestigious individual prize, his best record coming when he finished fourth in the standings in 2015.

The 31-year-old is likely to be in the running for the 2020 prize, though, having scored 45 goals in all competitions to put Bayern on the brink of another Bundesliga title.

Should Hansi Flick's side also win the DFB-Pokal and Champions League this term, Lewandowski would be a strong candidate to become just the second player other than Lionel Messi and Cristiano Ronaldo to win the award since 2007.

"I was at the award ceremony last December," Lewandowski told France Football.

"We'll see. What I try to do is to always show the best of myself, win trophies and score more goals. But that's something that comes with collective trophies. That's the most important thing.

"I don't even think about the Ballon d'Or, even if, in my life, I believe that anything is possible."

Lewandowski puts his spectacular form down to a careful regimen of diet and training to keep mentally and physically sharp.

"I don't eat meat on the day of a match. It's too heavy for my body. I eat light – that's what I need," he explained.

"The meal depends on several things: when is the game, what time is it...

"If you eat rice or pasta, it will bring you big benefits in terms of energy in the very short term. But, over time, you gain nothing.

"It's not easy [to score] especially when you are tired. With 90 percent of goals, it's the head that does the work and it's influenced by your level of concentration.

"If you're tired, your thinking will automatically be slower. In the penalty area, we have only 0.1 seconds, maybe 0.2, to think, make our decision and interact with the ball.

"That's why we come to training, because there is no other place to build automatic movements and shots. Whether it's left foot, right foot, whatever, you have to be ready. You don't even have to think about it – you have to do it." 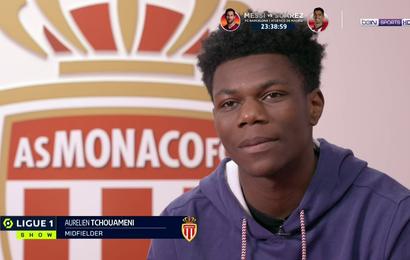 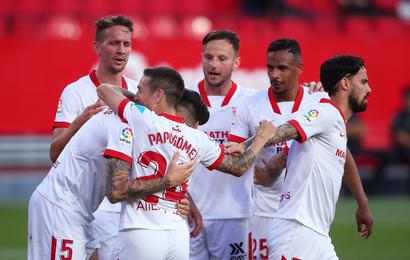