Bayern Munich defender Jerome Boateng has been charged with assault after allegedly attacking his former partner, prosecutors in Germany have confirmed.

In a statement seen by Omnisport, the Munich prosecutor's office said it opened proceedings against Boateng relating to "dangerous bodily injury" last year, before filing the charge this February.

Chief prosecutor Anne Leiding said: "The Munich prosecutor has, since the autumn of 2018, had a case against Jerome Boateng because of dangerous bodily injury and filed, after extensive investigation, on February 11, 2019, a charge to the Munich District Court."

Leiding explained the court is yet to open the case but had accepted an accessory prosecution from the alleged victim.

Police are also investigating another instance of alleged personal injury suffered by the same person – referred to only as "S" – two weeks ago.

Former Germany international Boateng remained with Bayern for 2019-20 despite falling out of favour with head coach Niko Kovac.

Club president Uli Hoeness advised the 31-year-old to seek a new challenge in May and he is yet to play in the Bundesliga this season, featuring twice as an unused substitute.

Next Paco Alcacer: Some People Treated Me 'Very Badly'
Read 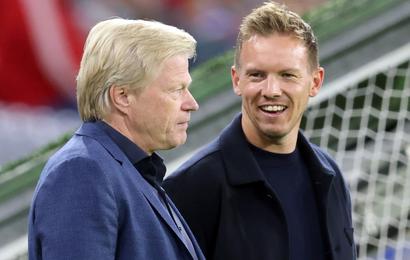