Bayer Leverkusen have signed right-back Santiago Arias from Atletico Madrid on an initial loan with the option of a permanent deal at the end of the campaign.

The 28-year-old struggled for playing time in his second season at Atletico, featuring in 18 matches in all competitions in 2019-20.

Leverkusen, who have sold Kai Havertz and Kevin Volland to Chelsea and Monaco respectively this transfer window, must reportedly pay €12million to sign Arias permanently.

Arias' arrival was confirmed on Leverkusen's official website on Thursday and the club's sporting director Rudi Voller said: "We have signed a very experienced player who can quickly get up to speed to help us.

Arias had also been linked with Roma and Everton. His departure from Atleti follows Alvaro Morata's move to Juventus, while Luis Suarez was signed from Barcelona on Wednesday. 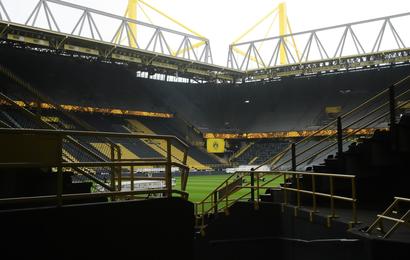