News from England on both the men’s and women’s side of the game, plus updates from Mexico. And as I mentioned some changes on the horizon for beIN SPORTS Americans Overseas coverage.

In the Championship promotion playoffs, fellow national teamers Tim Ream and Danny Williams went head-to-head as Fulham was held to a 1-1 home draw against Reading. The return leg is set for Tuesday in Reading [Live on beIN SPORTS CONNECT 3, Tuesday 2:30pm ET].

It was a scoreless draw for Huddersfield Town and Sheffield Wednesday in their first leg. Huddersfield is managed by former national team striker David Wagner, who has the Terriers two wins from promotion after finishing in 19th place last season [Live on beIN SPORTS CONNECT 3, Wednesday 2:30pm ET].

The two winners square off in the “Richest Game on Earth” on May 28th at Wembley Stadium.

Newcastle United celebrates its return to the Premier League and its 125th anniversary, and national team right back DeAndre Yedlin joined Newcastle greats like Bob Moncur, Frank Clark, Malcolm MacDonald and Peter Beardsley in unveiling the Magpies new uniform for next season.

A special kit for a milestone year, presented by legends. ⚫️⚪️#125YearsUnited pic.twitter.com/XsfZHUMOcR

The Bundesliga is down to the final round, and national team striker Bobby Wood and Hamburg are still fighting for survival. Wood continued his injury comeback with a 90-minute stint in a 1-1 draw with Schalke. The result leaves HSV in danger of relegation for the first time in club history. A home win against Wolfsburg would be enough to keep its Bundesliga streak alive.

Jerome Kiesewetter earned his first start in six months for Fortuna Duesseldorf and took advantage of the 90-minute opportunity. The German-American striker scored the opener in a 3-2 win at Nuremberg. It was his second goal of the season and practically assures Fortuna of 2.Bundesliga survival.

Schalke 04’s investment in young Americans continues to pay off, as Haji Wright, Weston McKennie and Nick Taitague led the way in a 3-1 win at Bayern Munich in the first leg of the u19 championship semifinals. McKennie and Taitague were involved in the build-up for Royal Blue’s first goal. Taitague drew the penalty that led to the second and then set up Wright for the third tally. Bayern president Uli Hoeness described Wright as the Man of the Match. The return leg in Gelsenkirchen is set for Tuesday.

In the other semifinal, 19-year-old Texas native McKinze Gaines couldn’t find the net as Wolfsburg lost both games to Borussia Dortmund, 5-3 on aggregate. Wolfsburg had not lost since March 13, 2016.

Club Tijuana continues to represent both sides of the border, as national team midfielder Joe Corona set up the winning goal in a 2-0 victory over Morelia to advance to the Clausura semifinals. Paul Arriola was on the bench while Michael Orozco’s injury kept him out of action. Xolos face Tigres in the semis, with the first leg set for Thursday in Nuevo Leon. Toluca faces Chivas in the other semifinal.

Fernando Arce and Apertura champions Dorados fell 1-0 on the road at Clausura champs Lobos BUAP in the first leg of their Ascenso championship final. Arce, a U.S. youth international and son of the former Mexican national team star, played the final half-hour off the bench. The return leg is set for Culiacan on Saturday, with the champion earning promotion to Liga MX.

- Morgan found the net in Lyon’s 3-0 win over Paris St. Germain in league play, but had to leave with an injury that might end her European adventure. The U.S. star will miss the cup final against PSG, and is a question when the same two teams meet next month in the Champions League final.

- Fabian Johnson will be staying at Borussia Moenchengladbach after signing a two-year contract extension last week.

- Bjorn Johnsen set up a goal for Hearts, but it wasn’t enough in a 2-1 loss to Rangers. Meanwhile, an injury has ended Emerson Hyndman’s loan spell with Rangers, and he is expected to rejoin Bournemouth to continue his rehabilitation work by the end of the week.

- Former Red Bull defender Matt Miazga helped Vitesse Arnhem keep a clean sheet in a 3-0 win against Roda JC. Vitesse finished fifth in the Eredivisie and will play in the Europe League next season as Dutch Cup champions.

- National team fullback Eric Lichaj was named Nottingham Forest’s Player of the Season, and said it’s an honor he will remember for the rest of his life.

🎥 #NFFC defender Eric Lichaj says it is an honour to receive the Player of the Season award.
➡️ https://t.co/3iWNeVwtnJ pic.twitter.com/XfDdHPokxy

- Matt Olosunde could be close to a first team debut with Manchester United, making the game day squad against Tottenham, and starring in the u23’s last PL2 game of the season, a 3-2 win over U.S. youth goalkeeper Brandon Austin and Spurs. In an experiment at left back, Olosunde set up the opening goal and was dangerous all game. United are unbeaten since February and finish sixth in the table. Olosunde could be in position to make his first team debut against Crystal Palace next weekend.

- After scoring 16 goals for Reading’s u23 team, Andrija Novakovich was rewarded with a new contract by the Royals.

Andrija Novakovich, who led the Reading U23s with 16 goals this season, has signed a new contract with the club. https://t.co/A3dZdfj2pn pic.twitter.com/kECXEhYNAM

- Just days after celebrating his 17th birthday, Ben Lederman was celebrating a league title and team of the week honor for Barcelona’s Juvenil B squad. Barca’s 6-1 win over CE Europa was enough to win the title. Lederman scored the lone goal in Barcelona’s last match against Figueres, his first official goal since returning from his FIFA banishment. This past weekend, he was back in the blaugrana number 10 jersey and it took a great save to deny him another goal after he earned the start against Europa.

- Nermin Crnkic scored an equalizer to tie the game at one, charging in to head home a chip at the back post, but it wasn’t enough as FK Sarajevo fell 3-2 at Zrinjski. It’s the Bosnian-American’s 10th goal of the season in all competitions. Sarajevo is third in the table and guaranteed of a Europa League berth, and needs to make up four points with just two games left to win the title and the Champions League berth that goes with it. Sarajevo hosts Siroki Brijeg in the second leg of the Cup Final on Wednesday, needing to overcome a 1-0 first leg loss on the road.

- Josh Wicks helped IK Sirius to a 4-1 home win over Elfsborg. Sirius stands second in the Allsvenskan table after the opening eight rounds. The former MLS goalkeeper also worked on his broadcasting chops this past week.

- Youth national team winger Josh Perez was on the scoresheet for Fiorentina’s primavera team, and he wasn’t alone. The Viola pounded Brescia 12-1 to finish a point behind leaders Lazio and clinch a direct quarterfinal berth in the post-season playoffs.

We will continue to shine the light on many more in the weeks and months to come. American soccer ambassadors continue to make inroads around the globe. Feel free to add your comments below to share your thoughts, shout-outs and suggestions. We’re asking for your help to correct any errors and make sure nothing important gets overlooked. So tweet to us @beINSPORTSUSA, or to me directly @PhilSchoen and use the hashtag #beINOverseas. 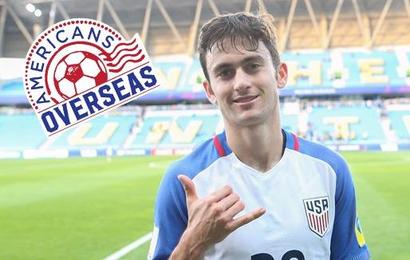 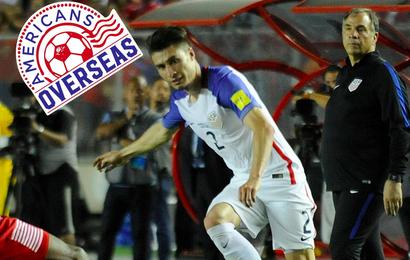 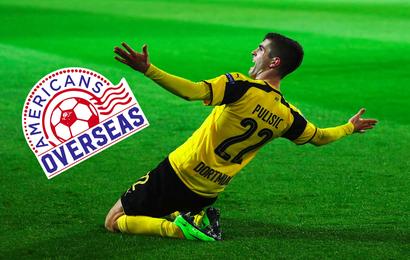