Moise Kean has insisted he does not feel the pressure of replacing Cristiano Ronaldo at Juventus following his return to Turin.

Ronaldo, who scored 101 goals across 134 matches in all competitions at Allianz Stadium, moved back to Manchester United in August as he ended a 12-year absence from Old Trafford.

Moments after the Portugal captain's departure, Kean signed for Juve on an initial loan from Everton, with the Serie A outfit obliged to buy if certain objectives are met.

The Italy forward spent last season on loan at Paris Saint-Germain, where he impressed with 13 goals in 26 Ligue 1 matches.

Despite arriving in the wake of Ronaldo's move, Kean told reporters at his Juve presentation that he is focusing on achieving success with Massimiliano Allegri's team and not on who he has replaced.

"I don’t feel any pressure in replacing Ronaldo,” he said at Thursday's news conference. "I just want to lend a hand to the team where I grew up and where I lived good times.

"I just want to play, I have no pressure, I just feel the responsibility of wearing the Juventus shirt."

Indeed, the 21-year-old has played for the Bianconeri before, making his debut aged just 16 years, eight months and 21 days to become the club's youngest ever player.

He managed seven goals in 16 Serie A appearances before an underwhelming spell at Everton, where he managed only two goals in 32 outings.

Allegri has already granted Kean cameo appearances against Napoli and Malmo and Juve's new signing is looking forward to the challenge ahead.

"Wearing the black and white jersey has always given me great emotions," he continued.

"It is the right choice, I am ready for this new challenge. I'm lucky to have played in foreign championships.

"I'm here to give a big hand to the team I grew up in. I don't feel its weight, but the responsibility of wearing this shirt and giving 100 per cent.

"We didn't start well but we have great objectives. I'm sure we will aim for great results."

Next Rumour Has It: Juventus consider move for Arsenal'
Read

Romero joins Venezia on a free

Viola coach has no Vlahovic worries 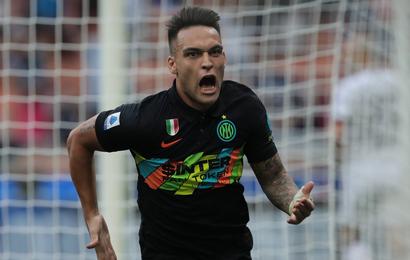