Leo Duarte hopes Milan team-mate Zlatan Ibrahimovic can recover quickly from injury after having a major impact since returning to the club.

Ibrahimovic has scored four goals in all competitions after rejoining the Rossoneri, having previously spent two seasons with them before departing for Paris Saint-Germain in 2012.

While now 38, the Swede's competitive nature has helped inspire his team-mates in training, according to defender Duarte.

However, Milan may be without the talismanic striker when the Serie A season resumes next month, as he suffered a calf problem in training that requires further examination.

"Ibra is a great champion, very competitive," Duarte - who has had injury problems himself since arriving at San Siro last year - told Sky Sport Italia.

"He helps us a lot in training to stay focused and improve - it really makes a difference for our team.

"We hope he can recover soon because he is very important for us."

Brazilian Duarte was signed from Flamengo but made just five league appearances before undergoing ankle surgery.

The break in the 2019-20 season due to the coronavirus pandemic has allowed him time to recover, though, and he is back training ahead of a resumption.

Serie A is scheduled to return on June 20 having been suspended since March, with Coppa Italia semi-final games to be held beforehand.

"Now I am fine, without pain and we hope to be stronger than before. I am ready, I am training with the group and I feel very good," Duarte said.

"I hope to play as many games as possible because I am physically well.

"We want to finish the championship in the best way, playing for Milan and getting as many points as possible to get to the Europa League or, better yet, in the Champions League."

Milan sit seventh in the table, 12 points behind fourth-placed Atalanta who also have a game in hand. 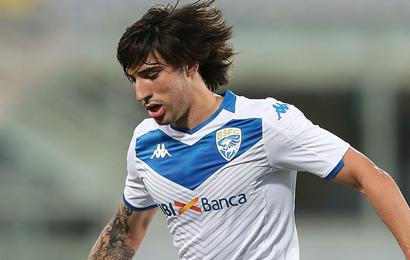