Gennaro Gattuso called for AC Milan to show hunger in the race for Champions League qualification after moving back into Serie A's top four with a 3-0 defeat of Cagliari.

Atalanta, Roma and Lazio won earlier in the weekend with Milan slipping down to seventh in the league ahead of Sunday's game at San Siro.

But after an own goal by Cagliari captain Luca Ceppitelli, Lucas Paqueta opened his Rossoneri account and Krzysztof Piatek continued his hot streak to secure three points.

A point separates Milan in fourth and seventh-placed Lazio, with Gattuso's side set to go to Atalanta - who are fifth - in Serie A on Saturday.

And Gattuso demanded Milan show consistency over the rest of the season to ensure they finish in the top four and earn a Champions League return.

"We did well, played good football and could have scored more goals," he said to Sky Sport Italia.

"I didn't like the attitude of the midfielders in the first half, we weren't taking enough control.

"I've liked our performances for a while and said we needed to get both phases right - attacking and defending. We were lucky today.

"Now it's about hunger, the desire to work together as a unit. I don't want to hear 'I' from anyone: it's about 'us'.

"For many years we have reached the spring and Milan have been outside the race for the Champions League, but we need to break that trend and fight hard to be in a strong position in the final weeks [of the season]."

Gattuso displayed a more slender figure on the sidelines and the Milan boss explained he has embarked on a lifestyle change.

"People think it's stress, but that's not the truth," he added. "I look more relaxed now because I started eating less, drinking less and doing more running.

"When you reach 100kg and are about 1.20m tall, you've got to start feeling a little shame. I felt shame and decided to do something about it."

Although Milan won comfortably, Hakan Calhanoglu is still waiting to score his first Serie A goal of the season but Gattuso defended the Turkey international.

"I expect more from Hakan Calhanoglu, because he has remarkable technique," Gattuso continued. "But then you have to look at how much he runs, the distance he travels and his work-rate.

"I think he is unfairly criticised, I like the way he interprets that role. He's not a real winger, I know that, but he can unite the midfield with the attack and bring a lot of quality to the side."

Next Conte's points record will be difficult to beat, s
Read 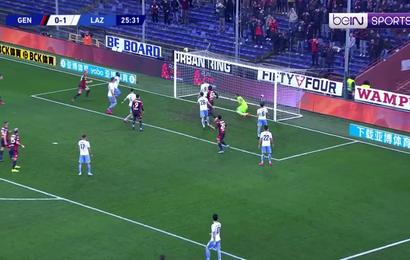