Paris Saint-Germain were firmly on course to claim a seventh Ligue 1 title in eight years before the coronavirus pandemic meant the season was shutdown.

Thomas Tuchel's side had also progressed into the Champions League quarter-finals having edged past a vibrant Borussia Dortmund 3-2 on aggregate.

The second leg of that contest saw PSG win 2-0 in the French capital with Neymar netting the opener with a rare header.

It has been a strong season from the Brazil international with 17 goals in 21 games in all competitions.

Having lost the first leg of their last-16 tie 2-1 in Germany, PSG needed the kind of comeback that hasn't always been their hallmark in the Champions League.

And it was Neymar who set them on their way with a diving header from Angel Di Maria's 28th-minute corner.

Juan Bernat made it 2-0 on the night as the hosts went through before celebrating wildly with fans that had congregated outside the Parc des Princes, defying orders around coronavirus.

"I was anxious for this game," Neymar told NN Consultoria.

"The days before that were some of the tensest. But I believe that, above all else, the group was united and every player, from the most experienced ones to the youngest, were all essential for this victory.

"The night was special. It looked like the Libertadores! The crowd outside the stadium received us on the streets with an unbelievable party." 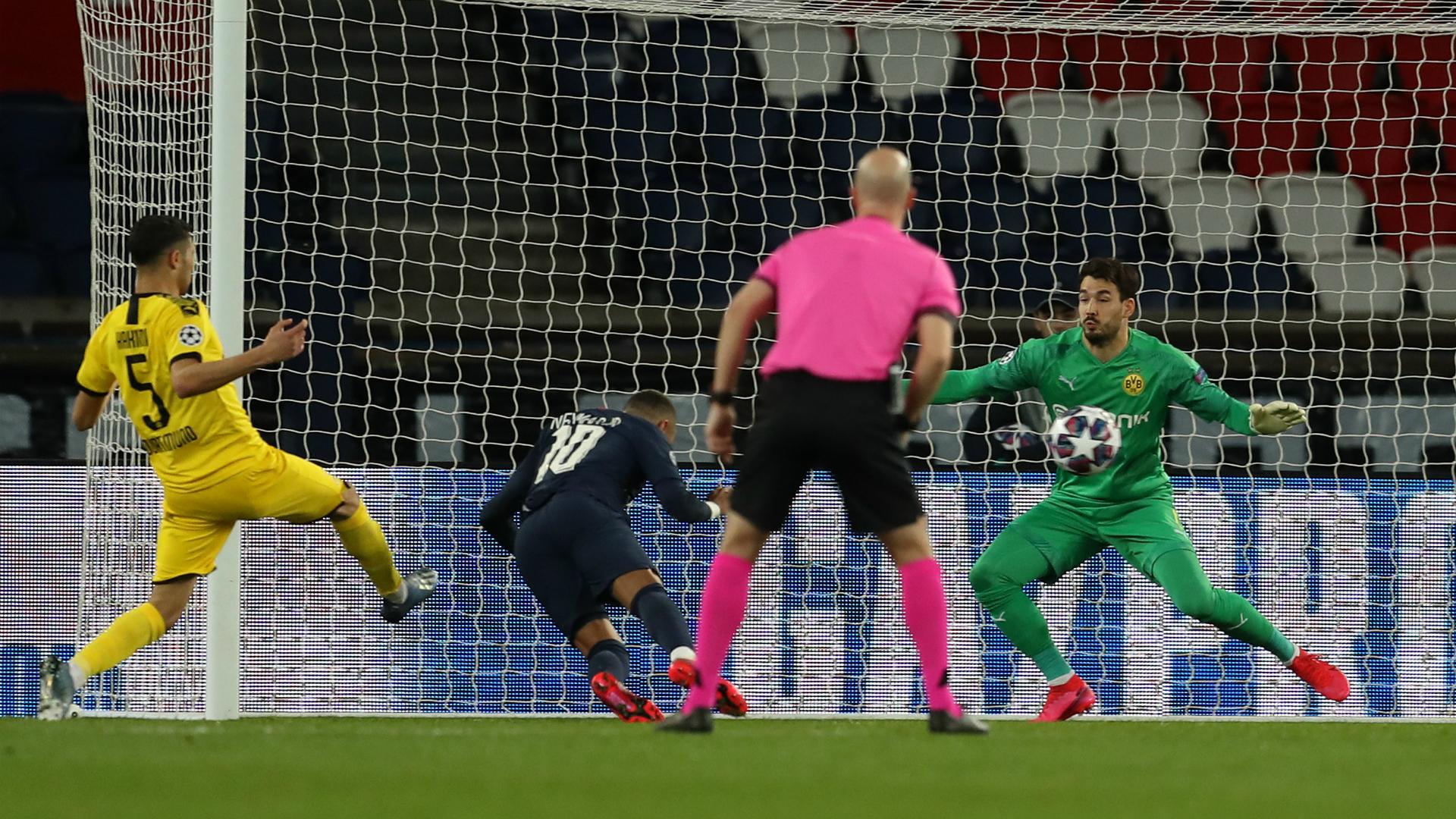 Neymar was happy to play a supporting role as a Kylian Mbappe hat-trick inspired PSG to a 5-1 thrashing of Lyon in the Coupe de France semi-final.

"Lyon cause us trouble in every game we play against them," said Neymar.

"The score doesn't show how hard this game was. This game was Mbappe's and he was essential in the victory."

As news of a helicopter crash involving NBA legend Kobe Bryant circulated on social media, Neymar paid his respects with a brace as PSG won 2-0 at Lille.

The former Barcelona star opened the scoring following a one-two with Marco Verratti before adding a second-half penalty.

"I had the pleasure of meeting him and learning from this star of sport, an idol for me. We got to know what happened during half-time. We were very sad, really sad. It was a tough game and the news, instead of knocking us down, made us bigger."

PSG moved three points clear at the top of Ligue 1 after Neymar grabbed an 87th-minute winner at Lyon.

The hosts withstood some strong PSG pressure but could do little as Neymar turned beautifully in the box to fire into the corner.

"There was lots of pressure on this game, but at the end of it the goal came," Neymar said.

"I received a pass from Di María and, thanks to God, I made the right option and was very happy. I turned my body around and got it on my left foot. An important goal." 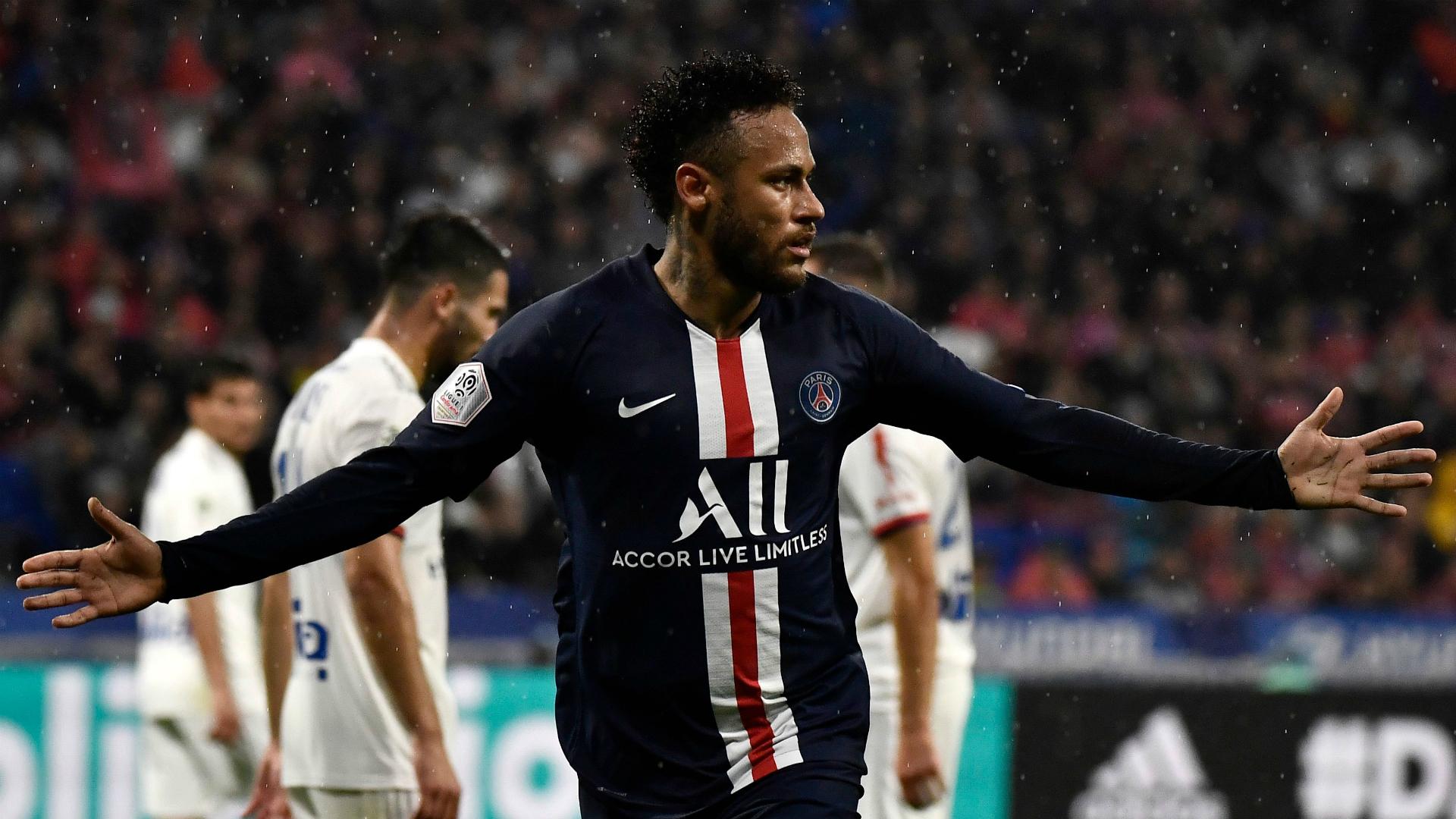 Having missed the first four Ligue 1 games of the season after attempting to engineer a move back to Barcelona, Neymar made a stunning return.

He was booed by the Parc des Princes faithful when his name was read out, and throughout a tense encounter, but the Brazilian had the final say.

With the game in injury-time, Neymar latched on to Abdou Diallo's cross and conjured up an incredible overhead kick to win the game.

He said: "I needed a goal at any cost, it was very important for me and for PSG. I knew that a goal could change the history of this season, so I chased it with all I had.

"It was almost at the end of the game when Diallo launched the ball, there was no choice other than to try a bicycle kick. God blessed me and the ball went in.

"I put this goal as one of the most important goals of my career."

Marseille-Nice off due to COVID