Belgium head coach Roberto Martinez said this is the first time he has seen Romelu Lukaku "free and happy" as he backed the Inter star to lead the way for club and country.

Lukaku became Inter's most expensive signing when he joined from Manchester United for a fee understood to be €80million in August.

The 26-year-old, who spent two seasons at United following his Everton exit before moving to Milan, has scored two goals in his first two matches for Inter in Serie A.

Speaking ahead of Monday's Euro 2020 qualifier against Scotland in Glasgow in Group I action, Martinez heaped praise on striker Lukaku.

"This is the first time I have seen him free and happy. Going back to many camps I have not seen Rom so focused, so happy, so refreshed by the new challenge," Martinez told reporters.

"I think he is now ready to face one of the biggest footballing chapters in his career with the Inter Milan move. And he is very driven to be as good as he can for the national team, so I have been very impressed with his happiness and the way he is looking forward to the football ahead.

"He was in a team with expectations to win at Anderlecht with Champions League participation [on top of that].

"Romelu does not get affected, he is one of the most driven boys you are going to see. His life is football, he just lives to score goals and to be effective for the national team and at club level." 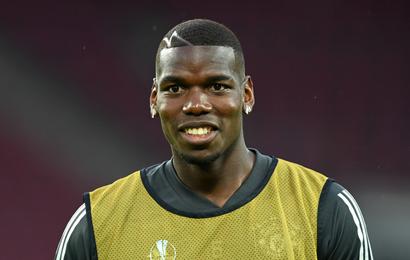