Antonio Conte has hailed the improvement in Romelu Lukaku's all-round game after another decisive display from the Belgian in Saturday's 2-0 Serie A win over Genoa.

Lukaku's 10th goal in eight matches this term for club and country put them ahead at Stadio Luigi Ferraris before Danilo D'Ambrosio added a second to move the visitors up to third.

The former Manchester United striker now has 22 goals for Inter since his Serie A debut in August 2019, excluding penalties, which is more than any other foreign player in the competition.

Conte says he has been a long-time admirer of Lukaku and has been impressed with how he has added more to his game than just goals over the past 12 months.

"Romelu is a different player to what he was a year ago," he told Sky Sport Italia. "I always said in the past he was a rough diamond that I wanted to work with.

"He is working and you can see just the way he receives the ball, the way he moves. Everything has improved."

Christian Eriksen was handed his first league start in a month but struggled before his departure shortly before the hour mark, failing to register a single shot or any key passes.

Conte was frustrated at being asked about the 28-year-old but did concede he needs to improve his "intensity".

"I think you're getting too focused on this Eriksen issue," he added. "You've been underlining and asking about him since January. He is part of the squad, like everyone else. He plays if he deserves it and won't play if he doesn't.

"You see Christian's characteristics. I am trying to get the best out of him, but I don't like that you keep trying to make me speak ill of Eriksen rather than praise others.

"He is with us, that's not a problem. It's inevitable we need to find the right way to get the best out of him. At times it works, at others it doesn't. We need to work with him and get him to increase the intensity.

"He's trying, he's giving it all, but we can't keep analysing and underlining how Inter play when Eriksen is on or off the field. It's not fair."

Following an opening 2-2 draw with Borussia Monchengladbach in Group B, Inter are back in Champions League action on Tuesday with a trip to Shakhtar Donetsk. 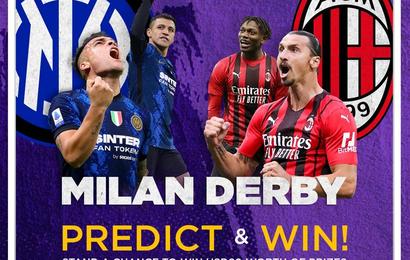