Niko Kovac revealed Ivan Perisic is poised to join Bayern Munich after undergoing a medical with the Bundesliga champions.

Perisic has been linked with a move away from Serie A side Inter following Antonio Conte's arrival and the Croatia international had a medical in Munich on Monday.

The former Borussia Dortmund and Wolfsburg winger is expected to join Bayern on an initial season-long loan deal, which reportedly includes the option to make the move permanent.

Asked about Perisic, Bayern head coach Kovac told reporters following Monday's 3-1 win over Energie Cottbus in the DFB-Pokal: "He [Ivan Perisic] was at the medical check today. And if all this goes well and the last papers are sent back and forth [with Inter], then he will become one of our players."

Kovac has been on the lookout for reinforcements in the wide areas following the departures of Franck Ribery and Arjen Robben at the end of 2018-19.

"Regardless of our transfers, there are other clubs that buy players. And I don't like the way these [players] are handled to some extent when you put them in the second or third category," Kovac said.

"First you don't get this player, then you don't get the other, and then you have an X, Y or Z solution. I don't think that's nice. That's my personal opinion. Maybe some people share this opinion with me."

Kovac was speaking after defending champions Bayern beat fourth-tier side Energie thanks to goals from Robert Lewandowski, Kingsley Coman and Leon Goretzka.

"My team did a good job," Kovac said. "We could have retained possession a bit more in the second half but taken altogether I'm satisfied. Energie gave it everything, it was a great spectacle.

"We dominated possession. strangled our opponents but had to watch out for counters again and again. The final pass in the last third must be more precise. We could have done better."

Next Dybala no closer to Juventus exit amid Icardi spec
Read 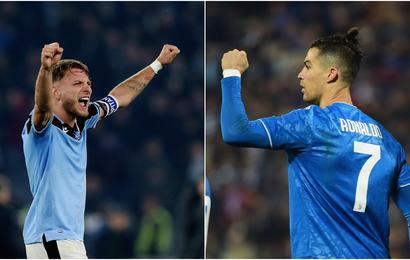