Martinez equalised via an 86th-minute spot-kick to earn Atlanta a 1-1 draw with the Sounders at Lumen Field in Seattle on Sunday.

The Sounders had taken a sixth-minute lead from Raul Ruidiaz, who headed home Joao Paulo's corner to make it six goals in seven games.

Last season's Supporters' Shield winners Philadelphia Union moved up into third in the east with a 1-0 victory away to DC United.

Kacper Przybylko netted the winner on the stroke of half-time for the Union, who are now unbeaten in their past four games.

Jamiro Monteiro laid off a perfectly weighted pass into the box for the Polish attacker to control and convert.

Union goalkeeper Andre Blake made a spectacular second-half save to deny United's 18-year-old midfielder Kevin Paredes with a curled effort from the edge of the box.

Jared Stroud thought he had scored a second-half equaliser but it was disallowed by VAR for offside.

Nashville, who drew four of their opening five games, have won two of their past three matches to move up to fourth in the Eastern Conference, while Austin have lost three in a row on the road.

Next MLS: Union ease past Timbers, Sounders held but re
Read 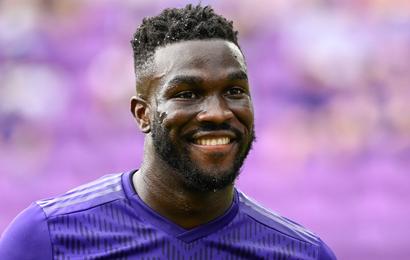