Paris Saint-Germain endured another tough encounter against their Coupe de France final conquerors Rennes on Sunday, with the hosts coming from behind to claim a 2-1 win at Roazhon Park.

Playing a starring role in a fine performance from Julien Stephan's side was 16-year-old midfielder Eduardo Camavinga.

Romain Del Castillo's 48th-minute winner came courtesy of Camavinga's sumptuous cross – a moment typical of the quality the youngster carried throughout the contest.

Here, we tell you a little bit more about a teenage talent who looks set to become one of the hottest properties in European football in the not-too-distant future.

Responsible for bringing through the likes of Sylvain Wiltord, Yoann Gourcuff, Yann M'Vila, Moussa Sow, Yacine Brahimi and Ousmane Dembele, Rennes clearly liked what they saw with Camavinga as he became the youngest player from their academy to sign professional terms.

He signed in December 2018 after impressing at age-grade level and did not have to wait long to make an impact in the first team.

Camavinga was handed his debut in a 3-3 draw with Angers in April when brought on as a last-minute substitute for M'Baye Niang.

The youngster impressed enough to play a further six times before the end of the 2018-19 campaign, starting four of those matches.

The first of those starts came in a 2-2 draw with Monaco, making him the first player born after January 1, 2002 to start a game in the top five European leagues.

If you're good enough, you're old enough

Rennes knew they had a talent on their hands and, nine months after he penned his first professional contract, they offered Camavinga a new deal running through a further year until 2022.

Perhaps unsurprisingly given the hype surrounding him, head coach Stephan has used the Angola-born teen in every minute of Rennes' three matches this season, including both matches against PSG.

Having been on the losing side in the Trophee des Champions clash on August 3, Camavinga had a lot more joy when the sides locked horns in Ligue 1 on Sunday by setting up Del Castillo's winner early in the second half.

In doing so, he became the youngest player to deliver an assist in the French top flight since Opta started recording such data in 2006-07.

The display against PSG will attract all the plaudits given the calibre of opposition and magnitude of the result, although Stephan will no doubt be just as pleased with Camavinga's performance against Montpellier the week before.

Leading 1-0 when Flavien Tait was dismissed, Rennes did not lose control of the match thanks largely to their prodigious young talent.

No Rennes player managed more touches of the ball or won more duels than Camavinga, who also ended the game with the second-highest pass count of any Rennes player – completing 97.6 per cent of those.

It is surely now just a matter of time before Europe's heavyweight clubs, PSG included, begin to circle for a player who does not turn 17 for another three months.

At his current rate of progression, and with new records being set seemingly on a weekly basis, Camavinga appears to be heading to the top.

Next Neymar leaving PSG not possible without replacemen
Read 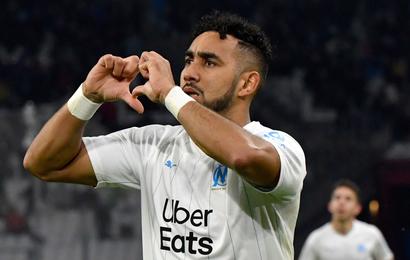