Barcelona chief executive Oscar Grau has confirmed Ernesto Valverde asked the club to buy Neymar, as the Spanish champions consider whether to make any future bids to Paris Saint-Germain.

Neymar was strongly linked with a return to Camp Nou, with PSG sporting director Leonardo confirming the Brazilian was for sale having asked to leave the French capital.

But despite Barca reportedly making a series of cash-plus-players offers to PSG, no deal could be completed before September 2's European transfer deadline.

Neymar scored on his first Ligue 1 appearance this term after failing to get his desired move, but PSG ultras have indicated he will not be welcomed back to the fray quickly.

Real Madrid have also long been linked with a move for Neymar, with Grau unwilling to say whether Barcelona will continue to pursue a deal for the Brazil forward.

"Neymar was a request from the sports area and the coach and the club did everything in order to get him, albeit in a financially sustainable way," Grau said on Thursday.

"We made many proposals to PSG. They always rejected them. I don't know if we are going to target him again next summer. Planning for next season will be done in the future.

"We would have been delighted to have the chance to bring Neymar back, but the terms always had to be reasonable.

"If some parameters had been accomplished, it would have been possible, but PSG were not happy about losing him."

Barca also missed out on Matthijs de Ligt, who opted not to follow his Netherlands team-mate Frenkie de Jong from Ajax to Camp Nou.

"We made him an offer, but he preferred to go to Juve, where Italian taxation allows him to earn a higher net salary," Grau added.

Next Rumour Has It: Man United tracking Tuchel as Barca
Read 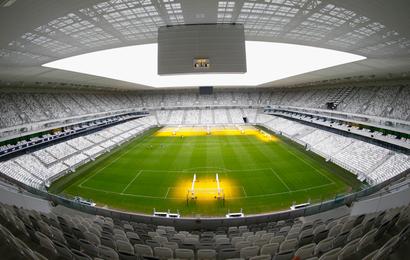