Paris Saint-Germain will look to start making amends for last season's underwhelming efforts by seeking revenge against Lille in the Trophee des Champions, according to star forward Mauro Icardi.

However, Icardi is confident PSG will hit the ground running in Pochettino's first full season in charge, and they will look to start strong against Lille in Sunday's Trophee des Champions clash.

"We will be out for revenge," Icardi said to the club's media on Thursday. "If we start the season by winning a title, we can start the league the following week in the best possible way."

"It's true that we didn't have a good start to the league last year, with the Champions League final, the early return to the competition and the lack of preparation. It was a bit difficult. We lost points from the start and we paid the price afterwards."

Icardi was PSG's fitth-most clinical player last Ligue 1 campaign, netting 17.95 per cent of the chances that came his way – Kylian Mbappe led the charts as he converted just over one of every four attempts.

In total, Icardi only managed seven goals in 20 French top-flight games, largely due to a stop-start season that was hampered by injuries at frequent intervals throughout.

The 28-year-old does have previous experience of success in the Trophee des Champions, though, after grabbing the opener in his man-of-the-match performance against Marseille in January.

"It's true that it's a good memory," Icardi added. "I scored a goal and I was voted best player of the match. But the most important thing is that we won the title.

"When you are a striker, there is nothing better than helping the team by scoring goals. It's the best feeling, especially when it leads to a trophy.

"My goal now is to win more titles with Paris Saint-Germain. And score even more goals."

Having enjoyed a productive transfer window which has seen Achraf Hakimi, Sergio Ramos and Gianluigi Donnarumma all move to Paris, Pochettino is assembling a side capable of recapturing their Ligue 1 title and challenging in Europe once more.

"It's a final and there's a trophy to go and win so we have to give our best to win it and start the season well," Icardi continued.

"We have a chance to start with an important final and I'm not thinking about anything else but winning." 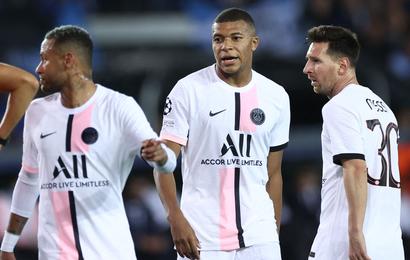