Lyon boss Sylvinho confirmed Nabil Fekir is in negotiations for a transfer as rumours of the club captain's impending move to Real Betis gather momentum.

The France international, who turned 26 on Thursday, is expected to be announced as a Betis player soon, although a barrier to a reported €25million move could be Giovani Lo Celso's unresolved future.

Betis are believed to want Fekir as a direct, ready-made replacement for Tottenham target Lo Celso but the Seville-based outfit are also said to be demanding €75m for the Argentina midfielder.

That fee would require the usually frugal Spurs to shatter their club record expenditure for the second time in less than a month, having brought in Tanguy Ndombele from Lyon.

"We don't control the situation," Sylvinho told a news conference.

"He is negotiating his transfer, we don't know when it will be resolved but, for him and for the club, it would be best that it happens as quickly as possible.

"Of course we will miss him if he leaves. Nabil is a wonderful player, his technical level is exemplary, and it's beautiful to watch him play."

Betis, meanwhile, have signed Spain Under-20 goalkeeper Dani Martin from Sporting Gijon on a five-year deal. 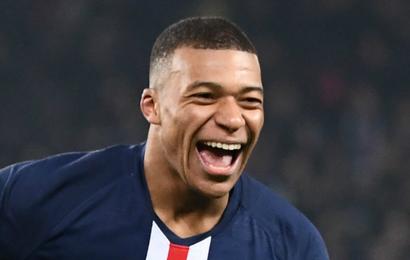