Barcelona look like a team "without a soul" this season due to some laboured performances and questionable decisions behind the scenes, according to Marc Muniesa.

The Catalans were two points clear at the top of LaLiga with 10 games remaining before Spain's season was halted due to the coronavirus pandemic.

They were knocked out of the Copa del Rey by Athletic Bilbao but remain favourites to progress to the Champions League quarter-finals after drawing the first leg of the last-16 tie with Napoli 1-1 in Italy.

However, questions have been repeatedly raised about Barca's unconvincing standards this season, even after Ernesto Valverde was dismissed in January and replaced by Quique Setien.

Antoine Griezmann has struggled to reach top form since a €120million move from Atletico Madrid, while injuries to Luis Suarez and Ousmane Dembele have left Setien short of options in attack.

Muniesa, who progressed through Barca's youth academy before joining Stoke City in 2013, thinks the 2019-20 season has dome some damage to Barca's wider image.

"Everything that's happened has been a bit bizarre, with Valverde's sacking, people putting on pressure from outside about the play... it looks like a team without a soul," the defender told Sport.

"It's very difficult to do what Pep [Guardiola] did or Luis Enrique, who played a little more on the counter-attack. Now, with injuries to Dembele and Luis Suarez, there aren't as many solutions up front.

"Griezmann is not at the high level expected of him and Messi is a bit on his own. The best news is Ansu Fati, who's a footballer who has no fear.

"The football issue was a bit more complicated because the investment in wages is the most important thing at the club and it's normal that it would take a bit longer."

Barca have taken steps this week to manage the financial implications of the football season being placed on hold.

The first-team squad have taken a 70 per cent pay cut and provided further financial aid to ensure Barca's non-playing staff are able to take home their full wages over the coming weeks.

The decision took time to be announced but Muniesa thinks it was an admirable move on the part of the players.

"Everyone wanted to do it in their own way. The players, in the end, have set a great example for many people by helping club employees to keep their whole wages. I think it's very positive - a great step taken by the squad," he said.

Next Coronavirus: Footballers can live for six months w
Read 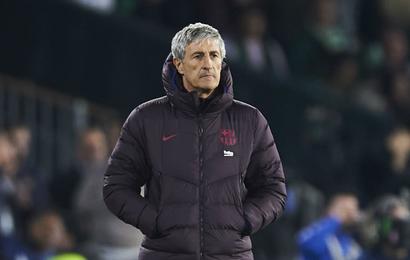 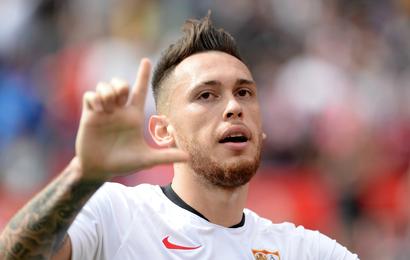