United booked their spot in the Europa League last 32 thanks to Thursday's 3-0 win, which came thanks to goals from Mason Greenwood, Anthony Martial and Marcus Rashford.

McTominay came off during the second half of the victory due to an ankle injury, while Maguire was also a worry.

But while he has fewer worries about Maguire, United manager Solskjaer confirmed some concerns surrounding McTominay.

"I think Harry will be okay. He finished the game anyway," he told MUTV.

"Scott is more of a concern, so let's see how he recovers in the next few days.

"He said he was going to be okay out on the pitch and he said 'I'll be fine'. He's tough, but he had to come off.

"I hope he'll recover for Sunday, but I don't know. Inside of his ankle. I think he went over on his ankle."

The win over Partizan gave Solskjaer's men a boost and the performance of his young attack featuring Greenwood, Rashford and Martial was particularly pleasing for the manager.

"The reason we put the three of them together is that we know they are a dangerous trio, with players behind them who can provide chances," he said.

"Well done to Mason for a very, very calm finish. He was composed and waited for the keeper. The second one was from Anthony and was probably the skill of the night.

"Then it was great to see Marcus finishing with his left foot. He will get into those positions quite often in a game. For him to go on the outside, on his left, it is not great for defenders to see.

"It is good for us because he can go inside on his right and then finish with his left." 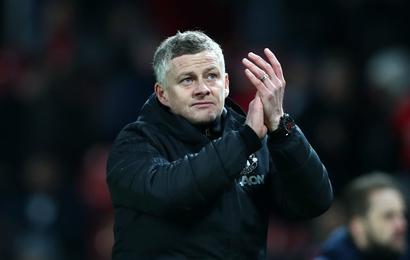 Aubameyang: I have to score 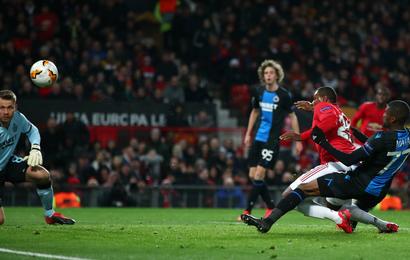