Jesse Lingard described it as a "massive honour" to learn he will captain Manchester United in the Europa League match against Astana.

With qualification to the knockout rounds already secure, manager Ole Gunnar Solskjaer has taken a team of mostly Under-23 and Under-18 players to Kazakhstan for Thursday's match.

Lingard, Luke Shaw and Axel Tuanzebe are set to be given much-needed minutes following struggles for form and fitness this season, while 36-year-old goalkeeper Lee Grant will make his first start for the club.

Solskjaer has already confirmed Di'Shon Bernard, Ethan Laird and Dylan Levitt are to make their debuts in what is expected to be a hugely inexperienced side.

Lingard is delighted to be given the chance in a leadership role as United go in search of a win to keep them top of Group L.

"It's a massive honour," he told MUTV.

"I said at the start of the season that I'd like to be more of a leader-type, on and off the field, being one of the more senior players in the squad, so it's a perfect time to show that.

"It's a great honour to be captain and great to be leading the lads. I know them inside-out. They train with us pretty much every day, so you see the talent every day.

"I know we've qualified but the mentality is to win the game and that's how we're going to prepare for it."

Lingard has endured a difficult year in terms of form in 2019, losing his place in United's starting line-up and in the England squad and spending three weeks out with a hamstring injury.

He helped to change the game at Sheffield United last Sunday, though, making a positive impact as the visitors fought from 2-0 to draw 3-3 at Bramall Lane.

Solskjaer thinks the 26-year-old is showing signs of being back to his usual self.

"He's a very good character in this group," he told MUTV. "He's had his challenges over the last few months but he's really coming back into his own now. I feel we're getting Jesse back."

Previous Rumour Has It: United & PSG set to battle for Roma
Read

Next Manchester United kids give Solskjaer 'food for th
Read 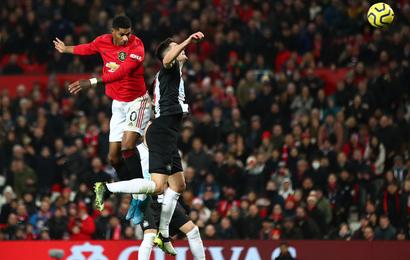