Mikel Arteta says Arsenal are working on "two or three different scenarios" in terms of transfer plans before next season.

With football leagues largely suspended due to the coronavirus pandemic, FIFA has announced it will allow transfer window dates to be changed in case domestic seasons have to be completed later than planned this year.

As leagues and clubs face financial uncertainty amid the COVID-19 crisis, many have predicted the next window will see a departure from the inflated transfer fees that had become the norm in recent years.

Manchester United manager Ole Gunnar Solskjaer has already stated his club must be ready to make the most of an opportunity to snap up targets that might suddenly become available.

Arteta has likewise been preparing different plans for the next window, admitting it is impossible to be certain how the market will play out.

Speaking to Sky Sports, the Gunners head coach said: "I'm planning two or three different scenarios that we can face. Depending on one of those three, we will be able to do more, less or nothing.

"We have to react daily. We don't know what the financial situation is going to be, we don't know the rules, the timing, the window. There are so many things we cannot control at the moment."

Arsenal suffered a shock Europa League exit to Olympiacos in February but had otherwise been showing encouraging signs of improvement under Arteta before the season was paused.

The Gunners won just one of eight matches in December, the month Arteta took over from Unai Emery, but have won eight and drawn four of 13 games in all competitions in 2020.

Arteta was pleased with his side's progress after needing to repair the rapport between players and fans after he arrived.

"I went through a lot when I got here ... I had eight or 10 players injured, and there were a lot of issues to deal with," he said. "The connection between fans, players and club was in a difficult state at that moment. We had to change that energy, the belief and the commitment from the players.

"I was very pleased because everyone was on board with what we were doing. We started to win three or four games in a row and there was a much more positive mindset around the place."

Arteta was one of the first high-profile figures in English sport to test positive for coronavirus, which prompted a scheduled match against Manchester City to be cancelled, but now feels fully recovered.

"Either mine wasn't a very strong virus or my immune system was pretty good," Arteta said. "The same day that we were told that we were at risk because we were in contact with the Olympiacos owner [Evangelos Marinakis] was the exact day when I started to show some symptoms.

"I felt a huge responsibility as I knew the next day we were playing Manchester City. I had a feeling inside of myself that something was wrong. We had to make the point and make it clear. We spoke to the Premier League about bringing the case forward as we knew we could expose ourselves to people.

"I pulled the doctor and the CEO to my house telling them that we had a situation due to my symptoms. We had players that had been in contact, so we said the decision was too big for us alone to make. We had to communicate this with the Premier League and Manchester City in order to protect everybody. We made the right call." 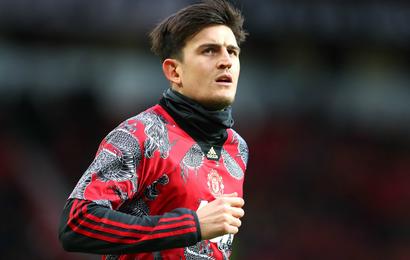