Ousmane Dembele has been linked with a move to Manchester United before the transfer window closes.

Dembele is seen as an alternative to Jadon Sancho, who remains at Bundesliga outfit Borussia Dortmund.

But Dembele is reportedly against leaving Camp Nou.

Ousmane Dembele does not want to leave Barcelona amid interest from Manchester United, claims Sky Deutschland via Inside Futbol.

Dembele has emerged as an option for United, who have failed to prise number one transfer target Jadon Sancho from Borussia Dortmund.

As Dortmund refuse to lower their demands, United reportedly want Dembele on loan, however the France international is happy at Camp Nou.

- Fabrizio Romano says Tottenham remain in talks with Inter for Milan Skriniar. Spurs are determined to sign the centre-back, though Chelsea's Antonio Rudiger – also linked to PSG – is an alternative.

- Callum Hudson-Odoi is interested in joining Bundesliga champions Bayern Munich, reports Sky Germany. The Chelsea winger has previously been linked with Bayern, and he has struggled to cement his position in London. 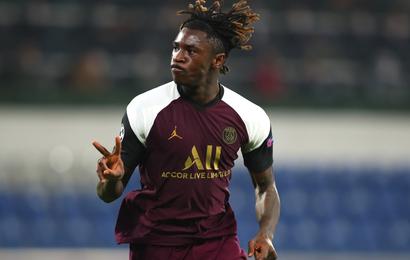