Liverpool forward Diogo Jota has been sent home with an injury and will miss Portugal's World Cup qualifying Group A clash against Luxembourg as a result.

Jota scored in his last game for his country, netting the third in a 3-0 victory against Azerbaijan last week, but Portugal head coach Fernando Santos is boosted by the return of Cristiano Ronaldo to the side.

The 24-year-old has enjoyed a fine start to the season with Liverpool, notching three goals in seven Premier League appearances, only behind Mohamed Salah (six) and Sadio Mane (four) in the competition for the Reds.

Jota has taken fewer shots in the Premier League than his fellow Liverpool forwards, registering just 18 compared to Salah's 28 and Mane's 26, but the Portugal international has the second-highest shot conversion rate of the trio with 16.67 per cent, behind only Salah's 21.43 per cent.

It is unclear what the nature of Jota's injury is and how long he will be sidelined, with Liverpool's next game being away against Watford on October 16, while there is a trip to face Atletico Madrid in the Champions League three days later.

In Jota's absence, Brazil forward Roberto Firmino could return to the starting line-up. The 30-year-old, who scored in the Reds' first game of the season against Norwich City, has only had one start and two shots in the Premier League this season.

As for Portugal, a win for Ronaldo and Co. would take them two points clear of Serbia at the top of their qualifying group with four games remaining.

Next Rumour Has It: Man Utd to move for Kounde, Madrid
Read 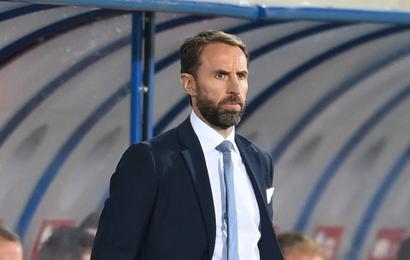