Mbappe has continually been linked to LaLiga giants Real Madrid since hinting he could be ready for a "new project".

The 20-year-old star enjoyed a stellar season in 2018-19, leading PSG to another Ligue 1 crown thanks to 33 goals in 29 games, and sporting director Leonardo discussed Mbappe's future.

"I don't make promises," Leonardo told Le Parisien when asked whether Mbappe would renew his contract in the French capital.

"The only thing that interests me is the present, the now."

Leonardo said: "It's not a question of knowing whether [his contract] is a priority or not. Mbappe is here. He's very important for the club and there's no debate [over his importance].

"He's returned to training with a super-positive attitude, with a smile. He's charismatic. People really like him and it's important to have a player like him in your team."

Mbappe has been deployed on the flanks for PSG, with Edinson Cavani occupying the central attacking position when fit.

"If you look at the careers of some of the greats, you see that they've played in various positions," Leonardo added.

"It was the case with [Zinedine] Zidane, Cristiano [Ronaldo] played on the left, on the right and up front. Ronaldinho played in various positions.

"A player like Mbappe can do what he wants. Play in whatever position. He has lots of qualities, he's agile, quick and technically gifted. He's a good goalscorer, he's intelligent... he has it all." 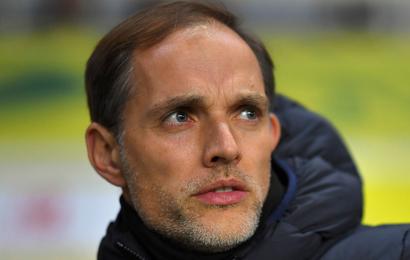