Kylian Mbappe has become one of football's superstars over the past two years and he is still a teenager, having celebrated his 19th birthday on Wednesday.

The France international made his Monaco debut in December 2015, before sparkling in a further 59 first-team appearances in all competitions, scoring 27 goals, and then agreeing a loan move to Paris Saint-Germain that is expected to end with him becoming the world's second most expensive player.

Mbappe was a key member of the Monaco squad that won the Ligue 1 title and reached the Champions League semi-finals in 2016-17, giving the club's supporters some memorable moments along the way, before making a deadline-day switch to PSG.

Here, we have picked out six of his best goals en route to certain superstardom.

This strike away at Montpellier showed the raw pace and finishing ability that have become Mbappe's trademark.

Running at a frightening speed from wide on the left, he left veteran defender Hilton in his wake and, as Geoffrey Jourdren advanced to close the angle, slipped a cheeky finish through the goalkeeper's legs.

The goal that announced Mbappe on the European stage came in a Champions League clash at the Etihad Stadium.

In his first start in the competition, the 18-year-old put his side 2-1 up five minutes before half-time with an emphatic effort. Catching a back-pedalling City defence unaware, he rifled a superb, powerful effort high past Willy Caballero.

After scoring twice against City in the last 16, Mbappe netted three times versus Borussia Dortmund in the quarter-finals and his second strike in the away leg was the pick of the bunch.

This was Mbappe's final goal for Monaco and quite the way to sign off as his side won the title.

He ran in behind the Saint-Etienne defence, latching on to Radamel Falcao's pass before shaping to shoot with his right foot. Mbappe instead sat goalkeeper Stephane Ruffier down and coolly finished into an open goal with his left.

Mbappe's move to PSG was confirmed as France were warming up for this match on transfer deadline day and the teenager wasted no time in showing why the Ligue 1 giants were so keen to sign him.

After coming on as a substitute, Mbappe opened his international account in style with a sweeping first-time finish past Jasper Cillessen in the dying minutes that made him the youngest scorer for France in 54 years.

Of the seven Ligue 1 goals Mbappe has scored since moving to the capital, the second of his efforts in a 5-0 rout of Angers has been perhaps the best.

Comparisons to Thierry Henry have followed Mbappe throughout his brief career and this goal certainly reminded onlookers of the Arsenal and France icon.

Mbappe used his searing pace to run on to Lucas Moura's throughball and rounded goalkeeper Mathieu Michel with neat footwork before slotting home via a tight angle. Pure brilliance.

Next PSG 3 Caen 1: Cavani and birthday-boy Mbappe on ta
Read 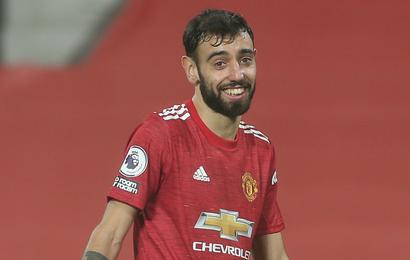 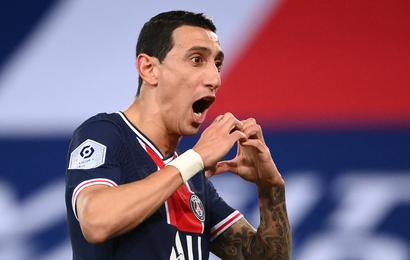