Lyon president Jean-Michel Aulas called for the Ligue 1 season to restart in July as the French club labelled the decision to cancel the 2019-20 campaign "hasty" and "premature".

Paris Saint-Germain were declared champions after the remainder of the Ligue 1 campaign was called off due to the coronavirus pandemic, which has wreaked havoc globally.

Aulas has been vocal in his opposition to voiding the season after Lyon were left in seventh position in the table and without a spot in the 2020-21 Champions League.

The Lyon chief reiterated his desire for the season to be completed after France announced plans to ease the country's coronavirus lockdown, while the Premier League and Serie A are set to join the Bundesliga in returning next month.

Aulas tweeted on Thursday: "The Premier League will restart on June 7 [actually June 17]. @OL @Matigon @RoxaMaracineanu Madame Minister allow us to resume training from June 2 and then play behind closed doors from July, 15 days after the English and all the others."

Lyon latter released a statement, which read: "The authorisation given to professional clubs to resume training from 2 June confirms that the decision to stop the league seasons was hasty, premature and contrary to UEFA recommendations, as the club has constantly emphasised since this decision was announced on April 30.

"The Prime Minister having confirmed once again that the decision to stop had been made by the League, Olympique Lyonnais is concerned about this disastrous decision for French professional football.

"Indeed, Saint Etienne, PSG and Olympique Lyonnais will be able to prepare for these Cup matches in better conditions than those had been initially 'imposed'. PSG and OL will be a little less disadvantaged than their European opponents who will have resumed their league seasons in May or June (May 16 for the Germans, June 11 for the Spanish, June 17 for the English and finally June 20 for the Italians), France being the only one of the five big European countries to have taken a decision which has penalised its clubs.

"Olympique Lyonnais is now awaiting confirmation that friendly matches may be organised from June 22 as had been announced this evening. The club also hopes that the league which has had its hand in this decision will reconsider and, in the interest of all the French clubs of which some wish, and not only Olympique Lyonnais, that the season can be finished on sporting merit, with playoffs possibly as suggested by UEFA on 23 April to its member professional leagues and associations

"Finally, Olympique Lyonnais are delighted with the possibility that supporters can once again return to the stadiums, even in limited numbers at first, and that broadcasters can resume broadcasts as they have done for other European championships." 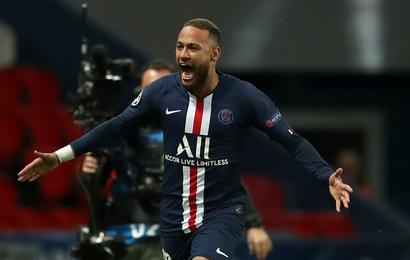