Lionel Messi scored his 100th goal from outside the box for Barcelona as he helped the LaLiga champions past Sevilla.

Messi netted a trademark free-kick in the second half as Barca routed Sevilla 4-0 at Camp Nou on Sunday.

The Barca captain curled a set-piece past Sevilla goalkeeper Tomas Vaclik with 12 minutes remaining to complete the scoring.

Messi's first goal of the season was his 43rd successful free-kick as the five-time Ballon d'Or winner and recipient of The Best FIFA Men's Player award celebrated a century milestone.

The 32-year-old superstar also became the first player to score in 16 consecutive LaLiga seasons in the 21st century. 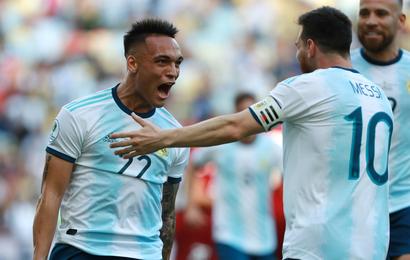