Nainggolan re-joined Cagliari on a season-long loan deal on Monday, having been deemed surplus to requirements by new Inter head coach Antonio Conte.

The 31-year-old, who only signed for the Nerazzurri from Serie A rivals Roma in a €38million transfer last season, spent four years at Cagliari before moving to the Italian capital in 2014.

After struggling to make much of an impact at Inter due to injuries and inconsistent form, Nainggolan said: "I want to thank the president [of Cagliari Tommaso Giulini] because he was immediately clear with me and he did something almost impossible.

"He convinced me. I know what this club are about and that we'll have to fight. I'm ready. I had other offers, but it wasn't hard to choose.

"I already had in mind about coming back when I left five years ago, but I didn't think it'd come so soon. Sometimes situations arise that make your decision easier.

"A desire to write an important page in the club's history and events outside of football facilitated my choice. I'm only on loan, but if president decides to buy me...

"I've made my life and I always think I've done well. The rest isn't for me to say. I remember my road here well. I had an excellent rapport with the group and there are some good players here.

"I'll make myself available to the team. I talked to [coach Rolando] Maran on the phone and he has clear ideas, you'll see.

"I'm fired up and I accepted Inter's decision; it's up to me to prove that they were wrong. I came here because I think we can aim high. Survival is the priority, but with this team we can dare to dream."

Next Praet leaves Sampdoria for Leicester in late deadl
Read 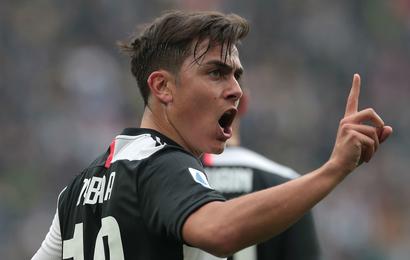