Cristian Arango scored twice in an historic performance as Los Angeles FC claimed a 3-2 win over Real Salt Lake in a thrilling MLS contest on Sunday.

Arango's brace included the fastest goal in club history for LAFC – who have won four consecutive games against RSL – after opening the scoring just 20 seconds into the match at Banc of California Stadium.

It eclipsed Eduard Atuesta's record – he scored after 85 seconds on April 24 earlier this season.

Real Salt Lake equalised through Damir Kreilach's stunner approaching the half-hour mark, when the Croatian curled a strike into the net from distance.

Visiting RSL were only on level terms for two minutes after Arango restored LAFC's lead with a header, much to the delight of the crowd.

But LAFC had the final say as Toni Datkovic's own goal gifted the home side another lead in the 59th minute, an advantage they did not relinquish.

LAFC are eighth in the Western Conference – adrift of seventh-placed RSL and the play-off spots on goal difference through 23 matches.

Next MLS: Sporting KC soar to summit thanks to 4-0 rout
Read 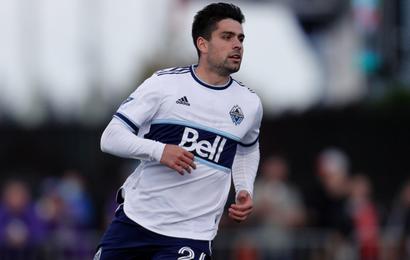