Neymar was not angry despite being whistled by Paris Saint-Germain supporters during an 8-0 thrashing of Dijon, in which the Brazilian was in inspired form, according to club captain Thiago Silva.

The world's most expensive player hit his first PSG hat-trick as the Ligue 1 leaders ran riot on Wednesday, extending their advantage from nearest rivals Lyon to 11 points ahead of Sunday's game between the two sides.

Neymar also provided a pair of assists in a glittering individual performance, but he was involved in another on-pitch disagreement with strike partner Edinson Cavani.

The Uruguayan headed in PSG's third goal of the night to draw level with the club's record goalscorer Zlatan Ibrahimovic on 156 in all competitions.

But when Cavani won a late penalty with the score at 7-0 and Neymar having already wrapped up his hat-trick, the former Barcelona man denied his colleague the chance to surpass Ibrahimovic.

The Parc des Princes crowd chanted for Cavani to take the kick and Neymar was whistled after he stepped up to convert from 12 yards, but Silva insisted the Brazilian was unaffected by the reaction to his decision to take the penalty.

"No, I do not think he was angry when he left," Silva told Canal+.

"There was some of the supporters against him, but the most important thing is the final score and the win.

"And for Edi, the record will come. He scores all the time, there are still a lot of games to play this year, he will beat all records."

Unfortunately for PSG coach Unai Emery, his side's thrilling demolition of Dijon was partly overshadowed by Neymar's selfishness in denying Cavani his share of the spotlight, but the former Sevilla coach insists all is well in camp.

"Cavani, he is our goalscorer, he improved a lot, his individual statistics help the team and the team help him get his goals," Emery said.

"Neymar hit the penalty kick and he [Cavani] will have other chances to score more goals. The team is better with Neymar. All wins and stats are made to benefit the whole team."

Despite Neymar hogging the headlines again, Emery felt PSG's performance was their best of the season so far, with the 8-0 scoreline their most emphatic victory of the Spaniard's 18-month reign.

"We talk a lot about maintaining the level and the requirement to build a team with a strong mentality," Emery said.

"With each match, we will seek the best performance to grow and improve when the most important matches will arrive.

"It is possible that it is the best game of PSG in the league this season, the team played together the whole game, the whole team shone." 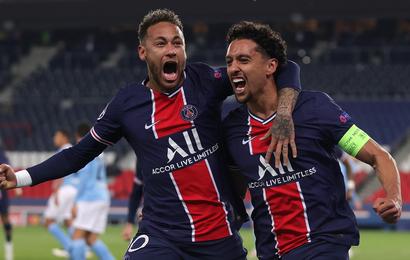 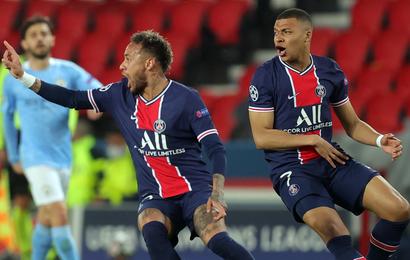