Lyon have completed the permanent signing of Karl Toko Ekambi from Villarreal for an initial fee of €11.5million.

The striker signed on loan with an option to buy in January and scored two goals in eight Ligue 1 appearances, also providing an assist.

Lyon have taken up the option to sign the 27-year-old permanently for a fee that could rise to €15.5m and includes a 15 per cent sell-on clause, which stands at 50 per cent if any such sale happens before September 15 this year.

The Cameroon international, who will be eligible to face Juventus in the Champions League last-16 second leg if the competition resumes, has signed a four-year contract with OL.

"The permanent arrival of Karl Toko Ekambi confirms Olympique Lyonnais' ambition to give ourselves the means to be at the highest level next season," the club said.

Ekambi's arrival comes amid speculation around the future of Moussa Dembele, who is said to be of interest to Manchester United and Chelsea.

The 23-year-old has long been linked with the Red Devils, although United's decision to extend Odion Ighalo's loan until next January and the possible financial constraints brought about by the coronavirus crisis have cast doubt on a possible move to Old Trafford.

Lyon finished the 2019-20 season seventh in Ligue 1 after the campaign was ended early due to the pandemic.

Previous Depay's return would give Lyon advantage against J
Read 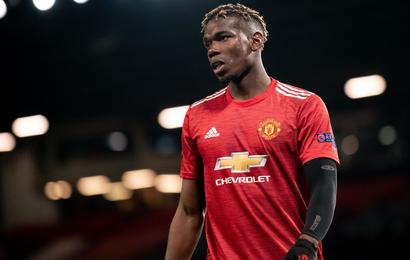