Sergio Ramos vowed to return to Real Madrid in some capacity one day during an emotional farewell speech following confirmation of his impending departure.

Madrid announced on Wednesday that the club was to host a farewell news conference and ceremony the following day, with Ramos' future finally resolved.

The 35-year-old's contract was due to expire at the end of June and speculation had long been stirring about what would come next for Ramos, with 2020-21 a difficult one for him due to injuries and illness.

For several weeks there had been rumours suggesting Ramos had decided to leave, with Madrid unwilling to meet his contract demands.

And although the two parties will part ways, a tearful Ramos reflected on a remarkable 16-year spell at the Santiago Bernabeu that has seen him win four Champions League crowns.

"I arrived on the first day with my father and my brother, I was 19, just a child and now I've got an amazing family of my own, a wife and four kids," he said in a speech to club officials and employees.

"I arrived here with my family and I leave with my family, who've always been there for me. Thanks to them for always being with me in the highs and lows, to everyone else for the respect and for sometimes just putting up to me.

"To the president [Florentino Perez], my coaches and team-mates, without you it wouldn't be possible. Also the employees of the club. It's hard not to look at you and swell up with emotion.

"I also want to thank the supporters, unfortunately it's not possible for you to be here. You'll always have a place in my heart.

"I hope the club continues to enjoy success. This has been a unique experience, I won't experience anything similar, but I am looking forward to another chapter in my life.

"I want more titles and I look forward to playing for more years. This is not a goodbye but see you soon, because I'll be back one day." 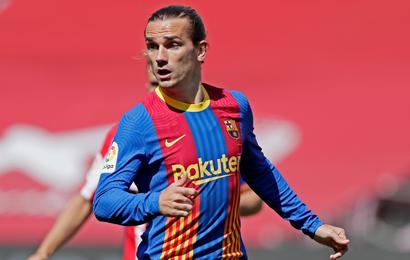